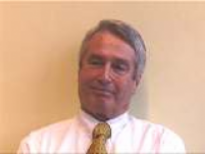 Brief Outline: He had a traumatic brain injury.
Background: At the time of publishing this website, this person was in the process of filing a compensation claim. We cannot display further information until the case has been resolved.

He decided to have a PSA test because of a family history of prostate cancer and mild urinary...

He decided to have a PSA test because of a family history of prostate cancer and mild urinary...

View topic summary
SHOW TEXT VERSION
PRINT TRANSCRIPT
My father died of prostate cancer and the interesting part was that a sort of nowadays he wouldn't have been allowed by his doctor to have the symptoms that he had for so long. My, my father you know, constantly had difficulty in passing water. I remember sort of going to hotels and things like that and my, my father would be sort of standing there endlessly trying to pass water. And once when he was on holiday he had to go and have something which in those days they called a boogie put up in, in order to enable him to pass water. And I suppose that and then sort of subsequently he was diagnosed with something wrong with his prostate. He had the operation and had the prostate removed but it was far too late and the cancer had spread all over the place. And fifteen months later he died. And I suppose I think to myself coming up to the kind of age that he was. In fact I've passed the age that he was when I think he first had symptoms. Because I think he had symptoms, quite bad symptoms, probably for seven or eight years even ten years before any doctor came along and said, 'Now look' you know, 'That is quite serious. Let me give you some sort of test.'

And so therefore now things have moved on. I mean I, I always when I went for a private medical always, you know, asked the doctor even when I was in my thirty and forties to pay some attention to see whether the gland was enlarged or not. And I suppose since I heard about PSA I've had the test twice and I'm going to have one again. I had the test twice over four or five years with sort of two or three year interval. And I'm having a full medical privately in the month coming up and you know, I'm going to ask for a PSA test there as part of it.

But in the last probably five, six years my stream hasn't been as good as it was when I was a lot younger. And I get up in the night perhaps a couple of times which is, is unfortunate because I sleep incredibly well so I'm up and I'm back in bed asleep literally within a minute. And so therefore I, it's come to me that right. I've never had any real pain or anything like that. It just is that sometimes my stream is not that good and I'm passing water a lot. I think probably part of the reason I'm passing water a lot is I'm, I drink a lot of liquid but nonetheless that isn't the reason why my stream is poor perhaps in the morning. And so hence, thought to myself well certainly I'd like to be reassured I haven't got a cancer problem there.

He didn't worry while waiting for the PSA result because a previous test result had been normal...

He didn't worry while waiting for the PSA result because a previous test result had been normal...

View topic summary
SHOW TEXT VERSION
PRINT TRANSCRIPT
Going back to your last PSA test on the National Health Service do you know what the result of that was?

I think it was, is it, I was under three I think. Is that, would that be so? It was about 2.7 or something.

And, and how was that result delivered to you?

I went into the doctor probably I think to get a, a repeat prescription for the blasted medication [laugh] that I'm on, right. And I said do you know what's the. I think that had there been anything wrong they would have got in, in contact with me by phoning, but I find it a very, very good practice. And I think they would, they would have been in to get a an appointment. When you haven't got anything wrong with you then you can so easily go in to the I mean you can even ask over the, over the reception to, to if there's, if there's a problem.

How long did you have to wait for the results of that test do you think?

Oh I think that it, I mean it was, it was back very quickly. I could have gone into reception and asked over the desk but, but I didn't. I just waited until I next went in which happened to be about three weeks because again I was not that, I was not that phased by it really.

Don't they have to send it away to a laboratory?

Yes they do but I don't think it takes all that amount of time though, though I can't swear to this because I wasn't sort of [whoops]. I wasn't pacing up and down worrying about it. It's not because I'm a cool person at all it's just, I didn't actually think that I had it.

Suggests that the UK doesn't have a national screening programme partly because if cancer is...

Suggests that the UK doesn't have a national screening programme partly because if cancer is...

View topic summary
SHOW TEXT VERSION
PRINT TRANSCRIPT
Would you like to just summarise why you think there's not a national screening programme for men for PSA testing in this country?

I would say that possibly there isn't the call for it because somebody has done some research on it that might lead people to believe that unless men were forcibly taken by the back of their head they may not take it up. So that that might be a reason for not doing it. I think that the other reason it possibly is that it isn't so clear cut, the treatment side, on a lot of occasions as it would be say for a smear test. If you've got bad news on the smear test, then you know what you've got to do. Hopefully it's not too late.

But the PSA test?

But, but for the PSA you've got all these dreadful alternatives, all of which have possible problems. And the, I mean and probably the most sensible alternative is the surgery but that perhaps has the worst possible side effects. I mean you end up unable to hold your bladder and you're impotent. It's so, I mean that's not all, that isn't all that pleasant but on the other hand somebody might turn around and say 'But yes chum but you're alive'.
Previous Page
Next Page