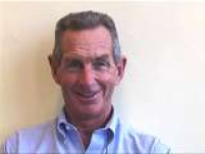 Age at interview: 61
Brief Outline: Has never had urinary symptoms and has not had a PSA test. Has read about the PSA test and would have a test if it were offered
Background: Occupation' College porter. Marital status' married. Number of children' 2. Ethnic background' White British.

He would have a PSA test if it were offered because he thought if he turned it down he might...

He would have a PSA test if it were offered because he thought if he turned it down he might...

View topic summary
SHOW TEXT VERSION
PRINT TRANSCRIPT
Well the information sheets came and I think there were two or three like tests or options as to possible diagnosis but when you had the tests even if the blood test showed there was a strong possibility that there might be something wrong it didn't mean that it was. And in the same respect if the blood test was totally okay it didn't mean that you were okay either. And I find that all a bit pointless. I would want a result or to know, the only way they were really going to know was if there was the start of prostate cancer which presumably would only show through a physical examination.

Oh I would have a test

I would still have one.

But only if you had symptoms?

No if I was offered one now I would have one.

Yes but all, my main point was they may, the tests may come back and say yes it does show signs so we'd like to carry on and do more tests, which is fair enough, it's a bit hair raising but that's fair enough. But on the other hand if it came back as not showing signs it wouldn't necessarily mean that it was 100% okay.

So yeah I mean anything that I was offered, any type of medical examination, help, advice or anything I would always accept or take.

Can you explain why?

Well it may benefit other people and it hopefully would benefit myself.

Because I think I would always sort of think if you went back to the GP or whoever, you know in two or three years time and they said well you were offered this three years ago and you turned it down, if we had done this we might have picked up on it sooner, but perhaps they wouldn't say that [laughs], I would.