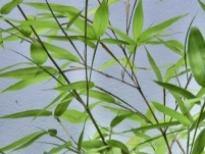 Age at interview: 33
Brief Outline: Tina has been living with epilepsy. She had mixed experiences with healthcare support during her pregnancy. She feels healthcare staff should have more awareness of mothers with learning disabilities, and wishes she had been provided with more information on antenatal care.
Background: Tina is a mother of one. She lives with her child and her partner, with whom she’s been together for a year and a half.

Tina found out she was pregnant at 6 weeks. During her pregnancy, she didn’t receive any information on available antenatal care, social and financial support from the healthcare staff. With the help of her partner, she learnt about the various stages, experiences, and forms of childbirth from YouTube and NHS Direct. Tina found NHS Direct quite accessible, although she thinks the directions of links were confusing at times.

When Tina’s water broke, her mother-in-law drove her to the hospital. Tina thinks the hospital staff were very emotionally supportive during her labour. She was also provided with additional medical support because of her epilepsy.

However, after giving birth, Tina feels she didn’t receive much support from the hospital apart from “the official labour talk”. She wasn’t allowed to breastfeed because of her epilepsy medication, but no one helped her with instructions on bottle feeding. On one occasion, Tina felt that a health visitor questioned her parenting capabilities because her baby lost weight. Tina felt that the health visitor treated her with disrespect and she asked for a different visitor. Tina also had to undergo monthly assessments, which she thought were intimidating. She felt that she was tested on her mothering capabilities, and that anything she said could be used against her.

Tina is not visited by health staff and social services anymore. She participates in two parent groups, in one of which she can meet other mothers with learning disabilities.

Generally, Tina thinks healthcare staff should provide more information on what to expect during and after pregnancy. Also, Tina says hospital staff should receive more training on how to communicate with mothers with learning disabilities. She thinks that some health workers are prone to make negative assumptions on her parenting skills, but she says that their discouraging attitude only makes her want to try harder to “prove everybody wrong”.

Tina feels that her epilepsy didn’t interfere with her pregnancy, partly because of the social and emotional support she received from her partner. She had two seizures during her pregnancy, the first one a week before giving birth, and the second one a week after. She hasn’t had a seizure since.
Text only

Show in context
HIDE TEXT
PRINT TRANSCRIPT
And did you start to see the midwife while you were pregnant?

She was, she was OK. I had the same sort of midwife, I had the same midwife all the time so that was quite, that was quite good. She was, I didn’t… the only thing that I must say about her that basically she didn’t give me a lot of advice on the fact that they were places to go like that you can go and help like at the centres and things, that I found that out afterwards. Like there’re groups that you can attend and I didn’t know anything about that. She didn’t tell me. And there’s certain money that you can apply for as well like a grant to help you, she didn’t tell me any of that. I, it’s only through other people that, that I know that have told me that so [laughs].

But, no, I didn’t have anything to do with that at all. I didn’t know anything.

But she, did she give you any information about being pregnant and that sort of thing or …

Not really, no [laughs].

Tina had extra scans to make sure everything was OK with the baby because of her epilepsy.

Show in context
HIDE TEXT
PRINT TRANSCRIPT
I found out when I was pregnant I had, when I was 6 weeks pregnant so quite early on and I had, regarding, because of my epilepsy I had a lot of scans been done because they, because my epilepsy they needed to check to see if the baby was OK. And everything went OK up until I was 39 weeks pregnant and then I had a quite a major fit. And so all, all being in hospital I had really good support. They really did support me and give me encouragement to that everything’s going to be OK.
Text only

The epidural felt “weird” to begin with, but Tina was able to get some sleep with the pain relief.

Show in context
HIDE TEXT
PRINT TRANSCRIPT
So do you want to talk a bit about your labour, if you could bear to remember it?

I, my waters broke at half past seven on, at night on the Tuesday. So I thought I was and then, so my partner’s mum took me to hospital, drove me to hospital because my waters had obviously broke, and they said they were, “You’re not, you’re not having any contractions or anything like that?” I said, “No”. And so they sent me home again and this was all on the Tuesday, and I came home and I started getting real bad pains in my stomach and I left it for a couple of hours thinking I would, because I was counting and that, and then, and then I phoned my partner’s mum and said that they’re getting, they’re getting worse, they’re getting worse. So I, she drove me up to the hospital again and this was at two o’clock in the morning and she I, they kept me in and I didn’t actually go into labour until nine o’clock in the morning on the Wednesday and I gave birth to my daughter at half past six on Wednesday at night.

And you’ve had an epidural?

It, it was, like I wasn’t too bad, it, I did feel weird to begin with because it was the way it, because it went all the way to my spine and things and I felt awkward, but then that sort, because I felt it going in and I thought, ‘Oh God’. And then, then because of the pain that I was going through anyway, that, that’s, that stopped the, me worrying about what was in there really [laughs].

Because of the pain there [laughs].

And that helped with the pain, did it?

Tina was given safety advice about caring for her baby because of her epilepsy. She found this worrying.

Show in context
HIDE TEXT
PRINT TRANSCRIPT
Is there anything else about the experience that you wanted to tell us that we haven’t covered?

And I had, I had  the thing, the thing that really did get to me on, because I had the, because I had a couple of fits while I was giving, while I gave birth and after, that I had all these people coming into my house because, had an epileptic specialist coming in and all this and telling me, oh I’ve got to have this fitted, I’ve got to have, put this in place, I’m not allowed to carry my baby up the stairs just, if I do I’ve got to put her in the car seat, I’ve got to do this, I’ve got to do that, and oh, just, all because I’ve got, that one fit [laughs]. It just really put me off, to bond with her to begin with [laughs].

Oh what, why, because it worried you?

Yeah. Because of, of what they were saying.

Tina found it scary to begin with when she went home with her baby.

Show in context
HIDE TEXT
PRINT TRANSCRIPT
And can you tell us a little bit about when you first got home with your baby? What it was like.

Tina talked about proving social services ‘wrong’ because she didn’t want her children going into care.

Show in context
HIDE TEXT
PRINT TRANSCRIPT
And so I proved them all wrong, because at the end of the day, you know, I don’t want my child put into care at all, so, because I know that’s what a lot of, happened to people like me and I’m going prove everybody wrong because I don’t want all that to happen. And at the end of the day they don’t have understanding and there’s not the support in place at all. So you have to do it all yourself. So, I, that’s what I’ve done, so they’re not, and they, the understanding of having problems is it’s all mental, you’re all, you’re all in, in the head, you’re not there, you’re not right. So that’s how we’re going to deal with it [laughs].
Text only

It was hard giving birth but the midwives encouraged Tina to push.

Show in context
HIDE TEXT
PRINT TRANSCRIPT
And what were the staff like when you were actually in labour?

They were really quite supportive, they were. They were, they was very encouraging, so I didn’t have any problem there. I was on a, I wasn’t allowed, I was on a specific ward because a proper labour ward with, full of doctors and all around me because of my epilepsy and they didn’t want anything to go wrong while I was giving birth, and they, there was a lot of encouragement. And, because I, at one point I just, just wanted to stop pushing and they, you can, and they said, “The head is nearly here, come on, push, just one more push and then that will…”. It did, it happened. But it was just [laughs] it was hard [laughs].