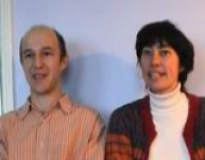 When she developed terrible itching the midwife sent her to hospital to check for obstetric...

When she developed terrible itching the midwife sent her to hospital to check for obstetric...

View topic summary
SHOW TEXT VERSION
PRINT TRANSCRIPT
So was the twenty week scan the last scan that you had?

Mother' No. Then what happened was, everything was, everything had been fine with the pregnancy, completely fine. And then when I was about thirty seven weeks pregnant I woke up one night, and I had terrible it-, I was terribly itchy, from head to foot I was itchy. And it was a nightmare, really itchy. And it was a really, it was the start of the really, really hot summer, so it was an incredibly hot night. So I just assumed that, I had been a bit itchy on my tummy while I was pregnant and had been for tests once for obstetric cholestasis, because they do that as a routine. If you go to the GP here with itching they, as routine, send you for testing. So I'd been tested for it and there was nothing, they didn't find anything. It was just basically pregnancy itching. And so, but it hadn't been anywhere near as bad as this. So as it happened I was seeing the midwife, the midwife was coming to visit me the next day.

Father' And everybody was saying, 'Oh, you know, it's the hot weather'.

Mother' And everyone was saying, 'Oh, you're always itchy, it's really hot, you know.' And the midwife was pretty much saying "Well, it's really hot, you know. It's not at all surprising that you're itchy, but I would like you to go and be tested again for obstetric cholestasis. So I troiled up back to the hospital thinking, 'Oh, this is a complete waste of time but the midwife said do it, so I'd better do it.' And they tested me and I went away. And they then phoned me up that afternoon and said, "Well I'm sorry, we'd like you to come back in again. We need to do more tests, but we're suspicious that there might be a problem.' And so I went back into the hospital and they gave me a scan, and they did monitoring of the baby's heart beat. And basically it turned out that yeah, I'd got obstetric cholestasis, which is a liver condition.

And the reason why I was itchy was because of the bile acids in my body that weren't being processed. So they said, "Well, yes, it is cholestasis. And we've got some information about it. Here's some medicine for, you know, here's a prescription for the medicine."

But by this time it was 5 to 5 and the pharmacy closed, in the hospital, closed at 5. So I rushed off with the piece of information that they'd given me about cholestasis and my prescription for medication from the pharmacy, and got the medication, and then walked to get the bus home, and started reading the information, which basically told me that with cholestasis there was a risk that the baby could be stillborn. So I was standing at the bus stop with a piece of information off the Internet about obstetric cholestasis that told me I might have a stillborn baby. So I was completely in pieces.

She rang the delivery suite about obstetric cholestasis. The midwife reassured her, but she had...

She rang the delivery suite about obstetric cholestasis. The midwife reassured her, but she had...

View topic summary
HIDE TEXT
PRINT TRANSCRIPT
So this was information the hospital clinic had given you?

Mother' It was off the Internet, information from the British Liver Foundation about obstetric cholestasis.

But they'd printed it off?

Mother' But they'd printed it off for me from the hospital. So by the time I got home...

Father' Well, no, you were, the worst thing was you were phoning me from a bus stop.

Mother' I rang you at work from the bus stop completely in pieces, and...

Father' And the bus of course was really late [laughs].

Mother' And the bus was really late. It was just one of these awful traumatic kind of ghastly things. So I eventually got home, and by then I was completely in, I was really distraught. And everywhere was closed by then. I couldn't phone the GP, I couldn't phone the hospital. But in my maternity book from the hospital I had the number for the maternity suite, and of course I was thirty seven weeks pregnant by then so, which is why I'd got the delivery, the delivery suite's number. And I rang the delivery suite. And they were just brilliant. She was really, the nurse or midwife that I spoke to was just really calming, really upset for me that, about what had happened ,and incredibly helpful. And she asked me to read the results out that I'd been given from the bile acid tests and said, "Well, look, that sounds absolutely'...

Mother' No, no, she said that first of all. She said, "Oh I'm, that doesn't sound, that's really not that much. Yes, it is a little bit but it's really not that much, it's still quite low. I honestly don't think, I honestly think you'll find - if you're worried, you know, if you feel the baby, you don't seem to be feeling the baby moving, then you're welcome to come straight in, just come straight in. But I'm going to, give me your number, I'll speak to the doctor and check and see what they say, you know. I've got all your records here." And so basically they went off, spoke to the doctor and then they phoned me back at home and said, "Look, it's really all right, don't worry about it. It'll be, you know, it sounds absolutely fine. It's quite low, you know. We're here immediately if you start being worried or if you just want reassurance, come in and we'll monitor." And so she was really - and the other thing, oh, that was the other thing, wasn't it? It was a bank holiday.

Mother' So it was the day before the Easter bank holiday, wasn't it? Was it Easter?

Mother' The long bank holiday. So like nothing, no one was around, and I had the whole weekend before they'd then made an appointment for me to go back to the clinic where I'd been tested for the cholestasis the following Tuesday, but after a whole, which was the worst bank holiday in our lives, wasn't it? [both laugh].

She went into hospital every day so they could monitor the obstetric cholestasis. She would...

She went into hospital every day so they could monitor the obstetric cholestasis. She would...

View topic summary
HIDE TEXT
PRINT TRANSCRIPT
Mother' So then when I went, so then I had to go in for tests every day

Father' No, they said you had to, didn't they make you an appointment for the induction?

Mother' No, no, no, I did - up until - no, no, no, that was at, from the Monday to the Thursday I had to go back every day for tests. They monitored the baby for movements, and his heart and movements. And they didn't do scans every time, they just monitored his heart and movement, and took blood samples every time. And then on the Thursday which was basically a week after they'd discovered the cholestasis, they decided that they would induce him on the Saturday, but as it happened I went into labour on the Thursday, so I had him two weeks early. But I'd known then that he would be induced because they said that, they, it was that awful, they were saying they would rather wait for a - that was, you're right, that was the worst thing was that they said, "Oh, well, we'll wait till thirty eight weeks and then we'll induce him at thirty eighty weeks," and it was like, 'Why another week? What difference is a week going to make? He's fine now, let me just have him, and he's fine." But he was obviously then ready a week later and so out he came.
Previous Page
Next Page