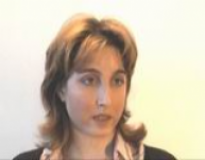 At nine weeks, she experienced bleeding and severe pain, and an ectopic pregnancy was suspected....

At nine weeks, she experienced bleeding and severe pain, and an ectopic pregnancy was suspected....

Once I discovered I was pregnant, in the fourth week from my last period, so it was week four, I then made a doctor's appointment with my local GP and she then referred me to the hospital of my choice within the area; I had a choice of four hospitals. And she confirmed that yes, I was pregnant, and then from there the ball started rolling. I was due for my first scan at twelve weeks, then in fact I went on holiday, weeks seven and eight, to Spain and during those weeks I was absolutely fine. I had no sickness, I felt in brilliant health and there were no problems at all. A little bit of nauseous but other than that I was fine. And I'd been in Spain walking up mountains one week and then came back to England with excruciating pains week 9 of my pregnancy. And they lasted for nearly 24 hours by which time I was at the GP's surgery. And I was sent to A&E to my next hospital, local hospital, where it was discovered after a lot of trauma that they suspected I had an ectopic pregnancy at that time due to the fact that I was in excruciating agony. And I was spotting, so I was losing blood, not a great deal, but enough for concern. And at that stage it was four o'clock in the afternoon and by midnight I was still in A&E awaiting to be seen by a consultant. And a gynaecologist did actually see to me that night and basically, I mean it was a very upsetting time but I had the choice, I was on a drip and ready for theatre, and I had to make a choice whether they wanted to investigate or I could hang on a little bit and see if the pain subsided. By which time I decided to hang on and stick it out, and then it got better and better and better, and by seven o'clock the next morning I was having an internal scan within the hospital. I wasn't allowed to walk, I was taken by wheelchair, I wasn't allowed to get out of bed, I wasn't allowed to eat, I wasn't allowed to drink, all the usual scenario ready for surgery in the case of an emergency. And they then confirmed that there was a heartbeat and that it was all in the right place. So that was a huge relief.

So, did they do any investigations to determine whether or not it was ectopic?

Yes, they can tell by an internal scan. Using an internal scan they can tell very quickly whether it's ectopic or not. If the cells are embedded correctly therefore it is not ectopic. But due to the fact that I had excruciating pain which, to this day, no-one knows why, it's one of those things, and it can be quite common apparently. If you have symptoms that I had, such as spotting and pain, it is usually the case of an ectopic pregnancy but in my case it wasn't. So that was wonderful.

The baby was quite large compared to her pelvis size. She decided on a planned caesarean and was...

The baby was quite large compared to her pelvis size. She decided on a planned caesarean and was...

Did you always see the same consultant?

My sugar, blood sugar level started to rise very much towards the end of my pregnancy. It didn't develop into pregnancy diabetes but it was beginning to rise. The baby was growing very rapidly and appeared to be engaged very early on. She was engaged probably a good seven weeks, eight weeks, before I was due, my due date was end of January. And he then started to talk to me about the size of my baby, which I became very concerned about and I was a bit concerned that it might be too much, get stuck and cause brain damage or anything like that, which has happened in our family, sadly. And he advised me to think about the possibilities of having a caesarean and the possibility also of trying natural labour, but in any event that there was any difficulty at all, a caesarean section would be given. But, at that stage, having had a scare, all I wanted was the safe arrival of the baby, and having gone through lots of discussions with my husband, very difficult decision, we did decide to go for an elective caesarean, 14 days before she was, sorry, 21 days before she was due, but I was actually given a caesarean section 14 days after that date.

So, my baby was born at 39 weeks, and that was fine, no problems at all. I could say to anyone, have no fear, it's a happy time. The hospital were wonderful, you go in, it's all done on the day, the baby arrives safely, very calm, very contented. I was absolutely fine.

She was surprised how long it took to recover from the caesarean, and thought women should be...

She was surprised how long it took to recover from the caesarean, and thought women should be...

Were you disappointed at all not to be able to have a natural labour?

I was disappointed not to have a natural labour, but on the other hand, at the time, you're only thinking of the safety of your baby. I had no idea of the consequences to my health of having a caesarean, and it's a long recovery. It's not a quick snip and, you know, you're out and you're about. It's months of rehabilitation to build up your strength again and your stamina.

Tell me about that. What were you told before the caesarean about what it would be like for you getting over it?

Before I had the caesarean I was given very little information about my after care, my - sorry, what can I say? - recovery. I was given very little information about my recovery, what to expect, what it would be like. I was given every book under the sun, every bit of information about the baby, how it had happened, and the risks and the benefits. But what no-one tells you is, once you're home, quite how difficult it is physically to cope, even though I had 100 per cent support from my family. For three weeks I had constant support, after those three weeks it was still very difficult physically lifting, bending down, putting the washing on, running up the stairs, and you think you can do something, you go to do it, and you just feel a little bit of, ow, no, that's a bit early. In terms of looking after the baby there's no problem; the only difficulty was bathing. But there's very little information still, I believe, in this country, on how you as the mother heal, what happens internally. You have a check at six weeks after the midwives have checked at home, you have a check at six weeks by your local GP and that is it, after major surgery, no-one else has even looked at my scar, felt my internal muscles or anything.

What do you think people need to be told before they have caesareans?

Before women have caesareans they must be given more information. They must be given more information from people like myself and other mothers who can collate an information pack, what to expect when you get home, the benefits of having a caesarean, the downers of having a caesarean. And in the long run it's fine, it really is no problem, but people need to be a little more prepared just how difficult it is for the body to knit. It's a big operation, it is underestimated. Yes, you have a positive result at the end, but if anyone else was having a similar operation such as a hysterectomy, you wouldn't be sent out to work two weeks later, two days later, or anything; you'd have time to heal and mend. I would like to see, myself, alternative therapy given on the NHS for people who've had such operations. I would like to see a choice of massage to tone the muscles again, therapy classes for post-caesarean women. There must be enough women to make a class to strengthen the abdomen and doing things like that, and just to really get people together who've had the same experience and to get your strength back far, far quicker than perhaps if you were unaware of quite how much work is needed.

She did not know that having an elective caesarean might affect her milk coming in, but she was...

She did not know that having an elective caesarean might affect her milk coming in, but she was...

I didn't breastfeed, no. I did try, time after time to begin with. Sometimes the milk doesn't kick in when you've had an elective caesarean because you've had no natural labour, so by the time my milk came in I think was day, I can't remember now, I think it was day three, by which time I had a starving child who was guzzling six bottles a day, and once you've started on the bottle, it's very, very difficult to go backwards. However, my baby had expressed milk once a day.

Did they tell you before the elective caesarean that that might be an issue for breastfeeding?

I was not given any information about that on the possibilities of not producing enough milk having had an elective caesarean beforehand. On the other hand, I know it can happen to some people who give birth through natural labour, that the milk doesn't always come through very quickly.

How did you feel about the fact that you weren't able to breastfeed?

I was fine about the fact I couldn't breastfeed. I had a happy child, she was eating, she was getting my milk once a day. That was all that was being produced, but she was getting what she needed. She was getting the hind milk and fore milk so that wasn't a problem to me and I continued that for, I think, six to eight weeks before she went onto formula solidly and we had no problems at all.

She wanted to spend as much time as possible with her baby and decided not to go back to work. ...

She wanted to spend as much time as possible with her baby and decided not to go back to work. ...

Being a parent has enlightened our lives and our families', and we've been very lucky with a very happy, contented child. We've had no problems, she sleeps, she eats, she talks and we're loving it. The choice of going back to work for me wasn't a difficult choice. I wanted to be around and to be a mother to our baby, certainly for the first couple of years, and having done just over a year, I'm delighted that I made that choice, very happy.

Do you think you will go back to work at some point?

I will go back to work at some point, not to my initial job, because obviously I've had to hand my notice in, that's the end of that. But I would like to work again in the future, yes, very much so.