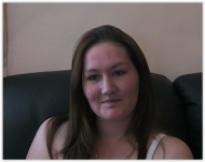 Age at interview: 22
Brief Outline: Admitted to hospital with pre-eclampsia, 1st son born 6 weeks premature, had to spend 10 days in SCBU. Found it very difficult to make decision of how to deliver with 2nd child, worried about risks either way. Had successful trial of labour with ventouse.
Background: Kelly has two children. She is a customer service officer, living with partner, who works as a forklift driver. Ethnic background: White British (English).

Her first pregnancy was planned. She had regular visits from her midwife and attended a ‘young mum’s bump club’ both of which provided her with useful information about labour and pain relief. However, having a caesarean was not addressed, and she did not seek out information about it by herself as she assumed she would have a vaginal delivery.

Six weeks before her due date, she was admitted to hospital with symptoms of pre-eclampsia. She found herself waking up on the hospital ward in the middle of the night and twenty minutes later was rushed into theatre for an emergency caesarean. She was able to leave hospital after four days, but her son had to stay in the Special Care Baby Unit (SCBU) for 10 days after his premature birth. Returning home without a bump or a baby was very different from how she had imagined early motherhood. She was unable to hold or bath her son at the SCBU, but visited him daily so he could be tube-fed the breast milk she had expressed. It took her almost 10 weeks to recover from the caesarean and feel confident about moving around with her newborn. In conversations with other mothers, she has felt weary of being branded ‘too posh to push’ and has been eager to explain that her caesarean was required on medical grounds.

Her second pregnancy wasn’t planned, and she had a scan at six weeks to confirm it. She felt quite worried about the pregnancy all the way through as she was afraid that the pre-eclampsia might return and her second child might also be born prematurely. From midterm onwards, she started agonising about the best way to deliver him. Her own preference was for a vaginal delivery as she hoped it would mean a shorter recovery period, but she was put off by the possible complications associated with both caesarean and vaginal birth and wanted reassurance from a medical point of view. She asked lots of questions of her midwife and doctor, but they only gave her general information and emphasised that the decision was up to her. Taking part in a research study provided her with more detailed information about possible risks and complications, and she also watched programmes on the Health Discovery Channel in search of an answer on what would be best for her. She made two birth plans so that she would be prepared even in case she should need another caesarean at the last minute.

On the morning she started to feel contractions, she took a long walk with her mother to help things along if they should turn out to be ‘the real thing’. She went into hospital in the afternoon and was told she had dilated by 1 cm. As she was coping well with the pain at that point, she returned home until the evening when the contractions became a lot stronger and her waters broke. She went back into hospital with her mother, feeling very nervous. But the atmosphere in the delivery suite and the laid-back attitude of her midwife helped to relax her. Her labour was brief, but because the baby was positioned sideways she experienced considerable pain during the pushing stage. Feeling already ‘spaced out’ from the gas and air and Pethidine she had had for pain relief, she panicked when the medical team told her they would need to use a ventouse and brought additional staff into the room. However, she found that the ventouse did not feel any worse to her than the pain she was experiencing anyway, and her baby was delivered successfully after a total labour of 4 ½ hours.

She experienced some bleeding immediately after the birth, but her mother and her newborn distracted her. She was upset by the mark on his head left by the ventouse, but it disappeared within a few hours. She was able to breastfeed her baby straightaway and thinks that bonding with him was helped by the fact that she recovered very quickly, was able to be mobile and return home on the day of the birth.

She thinks the experience of vaginal birth has made her feel confident to attempt it again if she should have another pregnancy. She also thinks she would also enjoy pregnancy much more not having to worry so much about the best way to deliver. She would advise other women to take time over the decision of how to deliver after caesarean and search out all the facts before making up their minds. She feels health professionals should talk women through the risks and complications in as much detail as possible. They should also provide written material for reference after appointments as sometimes information can be overwhelming and difficult to take in all at once.

View topic summary
SHOW TEXT VERSION
PRINT TRANSCRIPT
I had an emergency caesarean, I think they must be a big difference with having an emergency caesarean and a planned caesarean. Because obviously when it’s an emergency, you’re not prepared, you’re not sure what’s going on, especially if it’s your first one. And you really do feel like you’re sat on Casualty and you’ve got, you know, that anything could happen to you, you really feel like that, so… I don’t know. Having a normal delivery, you do feel scared, because you’re waiting, especially once you know the pros and cons, you’re waiting for something to happen, and in your own mind, you’re sure that something bad is going to happen. But I think that a lot of that is the gas and air, all the emotions, the pain that you’re in. I think if you were thinking on it, on a clear head like I am now, then I’d definitely say it was a better option to have a natural delivery.

And you said also about in terms of the recovery, because you didn’t have an abdominal scar this time.

Do you feel that you’ve been more independent and able to do more this time?

Definitely, yeah. I mean, the minute I got onto the delivery ward, not the delivery ward, the mums’ ward, where they put you after you’ve had your baby, I was… didn’t need any nurses at all. Nobody had to come and, other than popping by and “oh, are you okay” or doing their usual routine tests and examinations on us both. Other than that I was fine, I was just happily getting some rest. Whereas when I had a caesarean, I was in, a lot of it was down to the emergency one, but I was in delivery suite for 24 hours, being monitored every 15 minutes for my blood pressure, so I didn’t really… and obviously my baby got took to the special care unit as well, so I think that does put a lot of impact on my caesarean.

Kelly said it took a while to sink in that she had given birth to her baby.

Kelly said it took a while to sink in that she had given birth to her baby.

View topic summary
SHOW TEXT VERSION
PRINT TRANSCRIPT
Yeah, I didn’t get any post-natal depression, but I did sort of- , I didn’t feel how I thought I would feel until I brought him home. For the first 10 days, I didn’t really… it wasn’t reality that I was a mum, if you see what I mean.

That must have been weird, having had a baby and not being with him?

Yeah, because I come home after about four days, because obviously I needed to get premature things and everything ready. …So, you know, my bump was gone and I had no baby… and it was a bit strange.
Previous Page
Next Page