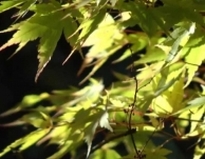 Being diagnosed with epilepsy was a shock for Tony when he was in his 30s and it took 2 years to “get the medication right”. Although he doesn’t have seizures, the drugs leave him feeling “wiped out.” He also has asthma but doesn’t see it as a problem.

Tony is an IT business analyst and married with two grown-up children. Ethnic Background: White British.

The biggest impacts of an epilepsy diagnosis for Tony were having to stop driving and the time taken to fine tune the treatment. Now, he doesn’t have seizures and he’s got his driving licence back. He describes his asthma as “not too serious” and mainly impacting during winter months. He contrasts his experiences with those of a friend with asthma who “keeps being hospitalised.”

Tony has hay fever and eczema, which he links to the asthma, although the epilepsy is seen as a separate condition. Because of the stigma associated with epilepsy, his GP advised him not to tell anyone at work about it.

Medicine “supresses” the symptoms of asthma, as opposed to eradicating them in the case of the epilepsy medicines. Tony describes a compromise between supressing seizures and feeling “wiped out”: “I’m probably waiting for better drugs to be developed with the epilepsy that don’t have the side-effects.”

Tony has seen the same GP for a long time. He says that he wanted to be interviewed to show that there are people managing okay with long-term conditions. He mentions the issue of having to remember to take his epilepsy medicines:

When Tony was first diagnosed with epilepsy it had a big impact on his life. Now that the condition is controlled with medication he has got his driving licence back and the impact is minimal.

When Tony was first diagnosed with epilepsy it had a big impact on his life. Now that the condition is controlled with medication he has got his driving licence back and the impact is minimal.

View topic summary
SHOW TEXT VERSION
EMBED CODE
PRINT TRANSCRIPT
I was first diagnosed about fifteen years ago, but I had it before then but it wasn’t diagnosed. I was actually relatively old when I was diagnosed. I was like late thirties. So, at the time, it was a bit of a shock, bit of a surprise.

And it took, I think the biggest thing was it was I had to stop driving and it took quite a while to get the medication right.

Which impacted my job and things like that. At the at the moment, though, it’s fine because now with the medication, they’ve got it under control, I don’t have seizures and I’ve got my driving licence back.

And doesn’t really greatly impact on me on a day-to-day basis. There are some side effects from the medication but nothing drastic. Considering I do know people who have epilepsy and it has a dramatic effect, and they’re not able to have a full life.

I consider myself quite lucky.

It took 2 years to control Tony’s epilepsy with medicines and at first the side effects were “horrendous.” He wonders whether recent memory problems are a result of ageing or a side effect of treatment.

It took 2 years to control Tony’s epilepsy with medicines and at first the side effects were “horrendous.” He wonders whether recent memory problems are a result of ageing or a side effect of treatment.

View topic summary
SHOW TEXT VERSION
EMBED CODE
PRINT TRANSCRIPT
I think you mentioned that it took a little while to get your epilepsy under control in terms of medication. But that’s under control now and.

Yeah, it is. It’s very good now and it’s totally under control, you know, no issues at all. As I say, it took a good two years to control the seizures until they stopped.

And, not only that, the medication was horrendous, I think the way it was, it was initially sort of put on a very high dose and gradually reduced it. And I was like a zombie sometimes.

Right and is that, I mean is that something that you raised and that was responded to or was it?

I think you mentioned there that you still have some side effects from your epilepsy medication or?

Yeah, I think one of the things is, I’m I think it is affects my thinking, to a certain extent, but I think it’s just memory is probably the worst one. I think it I don’t think I think as fast. I mean it’s partly, it’s hard to tell because I’m older and it’s just a natural progression. I don’t know if I told you this on the form but I’m almost fifty, but I suppose as you get older your memory does slow down a bit anyway but I’m sure I’m sure, because it was so dramatic when I first started on the drugs that I noticed it, that that it affected me. Whether that’s psychological or not, I personally think it’s affected me. It’s definitely affected my memory. I can’t remember things as I think I should do. I’m just completely wiped.

My wife will tell me things and just, and I just don’t remember them at all. And I don’t mean forgetfulness like, I can’t remember where I put the car keys. It’s just things that that I’ve done, that I just don’t have any recollection of.

And is that something that you’ve shared with your GP or consultant or?

Yeah and, you know, and it’s just a case of, “Yeah, but the drugs are working effectively.” There’s not the seizures. And a couple of times, we’ve sort of revisited the drugs to see if anything that would be better. Not at the moment.

It’s just a case of it’s a compromise.
Previous Page
Next Page