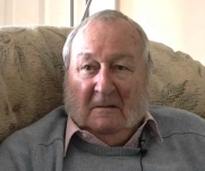 Eric found out he had heart trouble whilst holidaying abroad a few years after he had been diagnosed with diabetes. However, an enlarged prostate causes him most problems and he has to plan routes with accessible toilets. He has recently discovered he has a stone in his bladder.

Eric is a retired television engineer and sales manager. He is married with two adult children. Ethnic Background: British.

Eric was diagnosed with type II diabetes and heart failure in his late 60s and early seventies. The latter was treated with stents. However, he experiences more everyday problems from an enlarged prostate, which is not cancerous. Two weeks before the interview he was also found to have a stone in his bladder. He experiences constipation, which he attributes to the medicines he is prescribed.

Eric went to a seminar run by a diabetic nurse at his GP surgery. His wife went with him as she is mainly responsible for his diet. He avoids sugar although he occasionally has chocolate, as “you’ve got to have a treat somewhere along the line.” His diabetes has never caused him to have a “hypo.”

Eric has had 3 GPs in the 35 years or more that he has attended the same GP surgery. His current doctor lives nearby. When talking about his GP, he notes that hospital staff remarked that she must have been “on the ball” for spotting that he was deficient in vitamin D. He advises other people with diabetes to try and lose weight, although he has personally found this difficult.

Eric has no problem bringing up issues with his GP but his experience has been that the health service only deals with one problem at a time.

Eric has no problem bringing up issues with his GP but his experience has been that the health service only deals with one problem at a time.

View topic summary
SHOW TEXT VERSION
PRINT TRANSCRIPT
Is that something you feel you could broach again with the GP or do you feel that?

No, I don’t feel restricted in talking about it at all, you know. It’s just that when you go to see the GP, you’ve got your sort of immediate problem to sort out, if you’ve got a problem and that’s the only time you go to a GP, if you’ve got a problem you know, and like I did on this occasion with the bladder inspection. I went there because I was having pain but it wasn’t the time to start talking about prostate again. It was just a question of getting that bit sorted out.

Eric advises people to reduce weight, especially those with diabetes. However, in spite of dietary restrictions he argues that “there has to be some joy in life.”

Eric advises people to reduce weight, especially those with diabetes. However, in spite of dietary restrictions he argues that “there has to be some joy in life.”

View topic summary
SHOW TEXT VERSION
PRINT TRANSCRIPT
What messages might you give to other people who are living with more than one condition? Do you have any advice or messages for them?

Oh, just be careful in what you do, you know, and do all the obvious things. If you can reduce your weight, especially from a diabetes point of view, if you can reduce the weight, then reduce it. I wish I could. I keep trying and trying and it has no effect whatsoever, which is a bit dispiriting, but, you know, that’s the way of, certainly do that…

…and also, you know, with the diabetes, watch what your sugars and things are, you know. I know it’s hard but I have this little phrase that there has to be some joy in life. That’s why I have my little bit of choccy [laughs]. You can’t wipe everything off the slate, no, just, you know, be sensible be sensible, that that’s the word.
Previous Page
Next Page