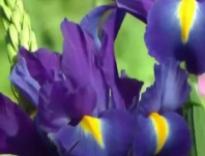 Age at interview: 40
Brief Outline: This was Liz’s first pregnancy age 36. After heavy bleeding Liz went into labour at 20 weeks. Her twin babies were born showing no signs of life. She has gone on to have two daughters, now aged 1 and 2 ½ years.
Background: Liz is 40 and married with two children aged 1 and 2 ½ years. She works as a lawyer.

Liz had had a history of fertility problems and so was delighted to discover the treatment had been successful and she was pregnant. However, an early scan showed that she was carrying quadruplets. She and her husband had discussions with her consultant who advised them about the risks to mother and babies of a quadruplet pregnancy, and they took the decision to reduce their pregnancy to twins.

The pregnancy continued well, but at 17 weeks Liz developed a high temperature. The GP based at her work was concerned and sent her to the local hospital for some checks. They ran lots of tests, but could not find a cause for her fever. In the end she was kept in hospital for two weeks while they tried to bring her temperature down. Liz was finally discharged home on a Friday. She had started bleeding lightly just before she left hospital and the nurse told her to keep an eye on things. But the next morning, she woke up bleeding heavily and was rushed back to hospital in an ambulance. Because it was a weekend, there was no one available to scan her properly until the Monday morning and she had an anxious weekend worrying whether her babies were still OK.

Liz continued to bleed and on Monday morning the scan showed that she had lost a lot of amniotic fluid. She didn’t immediately realise that this meant there was a very high chance that she would miscarry her babies and feels, looking back on events, that the doctors were not as straight with her as she would have liked. She gave birth to her twins, a boy and a girl, in the early hours of Tuesday morning when they were 20 weeks old. The staff were very kind and supportive and she was visited by the chaplain. She stayed in hospital for another day as she recovered physically, and emotionally started to come to terms with what had happened. One of the midwives was particularly kind, and offered to bring the babies for Liz and her husband to see them. They took pictures and are incredibly pleased that they saw their babies, as it helped them start to come to terms with their loss. Photographs that they took have also been helpful.

The hospital arranged a funeral which was attended by close family. They also had a full post-mortem. This was particularly important for Liz after all her fertility problems. The results showed that there was nothing wrong with babies, which was a relief. But they did show that Liz had a very rare virus, Q fever, which could have been the cause of her high temperature. But at least there was nothing wrong genetically with the babies. Liz took 6 weeks off work, spending a lot of time with her parents, talking and being looked after by her mother. But she soon felt that getting back to work would help her recovery too. A few months later, Liz felt strong enough to go back to the fertility doctor to ask about more treatment. She got pregnant quickly and had her first daughter 18 months after she lost her twins. She now has two daughters, aged 1 and 2 ½ years at the time of the interview.

Liz said she needed an extra night in hospital before she was emotionally strong enough to leave without her baby in her arms.

Liz said she needed an extra night in hospital before she was emotionally strong enough to leave without her baby in her arms.

View topic summary
SHOW TEXT VERSION
PRINT TRANSCRIPT
But yeah, I - I hold to this day that it was my just forcing - forcing the emotions a little bit. Which was a weird thing to do, for me. Because I'm not somebody cries wolf, or - you know - so it was a weird thing for me to do.

But forcing those emotions put me on that - I just got my hand held, and - yeah, as you say it meant that I saw the babies, and. Everything then fitted into place. Think if I'd have walked out of that hospital with nothing in my arms, and trying - being me, being strong at that point. I don't know when I would have collapsed. I don't know who would have picked me up. I don't know. And where I would be now, I don't know. But I think it worked, because I just got the help at just the right time, so. I think I stayed another night in - and I needed that. I needed physical recovery as well, so [laughing].

And I needed another night in that bed before I was strong enough to physically get up and/or walk out of the hospital with nothing in my arms. So.

And of course the nurses were lovely to me, from that moment on. Until then, I think they'd been a little bit too matter of fact. You know, and. They have seen it before, done it lots. But of course it's the first time for me. First time for us, really. So. So, yeah. That was a valuable lesson. Not for me, but - you know - one that I identified as being, actually.

Liz opted for a post-mortem to help check whether anything went wrong that she was unaware of at the time.

Liz opted for a post-mortem to help check whether anything went wrong that she was unaware of at the time.

By the hospital, it was.

I was asked if I wanted one.

And I very much did. And again, this comes back to sort of understanding what they're asking, I think.

Because I know other women have felt that they've either not been asked, or they haven't understood and so on, but I - I know the different sort of types of post-mortem and tests and so on that you do, and I said I want - you know - if I'm entitled, please can I have - I'd love to know, I just want to know anything that has gone wrong, please find out for me. And so yes, they did the full, full works. So I've got the full post-mortem report of them.

And that for me was invaluable. Almost for me to know that there was - Not that the hospital were hiding something, but that there was something that hadn't been missed. You know, that there wasn't something on there glaring, that somebody had forgotten to tell me about. I was able to read those post-mortem reports and go actually - chromosomally they were fine, weight, size, everything else, bloods, it was all fine. And you know, there was nothing on there that I could say, "Well they didn't, they forgot to tell me that bit." So I was able to then go into subsequent pregnancies or fertility treatment knowing that actually it was unlucky rather than a pregnancy issue.

Liz had decided not to have a funeral but changed her mind and was really pleased she had an opportunity to say goodbye.

Liz had decided not to have a funeral but changed her mind and was really pleased she had an opportunity to say goodbye.

View topic summary
SHOW TEXT VERSION
PRINT TRANSCRIPT
And I - the emotions then, then came through I think. And I said, "No, I want to do it properly. I want to say goodbye." We hadn't named them. And we deliberately - we'd given them silly names, but we hadn't decided on names they were going to have, and we deliberately didn't name them so that I could still use the names in subsequent times if that was appropriate. But [sigh] I think I rang the chaplaincy centre in the hospital, and they invited us back, and we went for a chat. And I said, "I've changed my mind." And actually the arrangements for that were superb. And the undertakers do it pro bono, so - the arrangements. And we had a very simple service. My parents, [husband’s name]'s parents I think. My sister. And us. It was very simple. Said goodbye. It would have been no more than twenty minutes, twenty five minutes, but beautiful coffins, beautifully done. I was able to stand up and say a few words, just my - you know - which a lot of people couldn't, but I did and I wanted to, and that's fine. Said goodbye. And actually it was the best - was right for me, and I - I'm really glad we did that. And really glad that I - came to my senses isn't right, but. Realised in time, to say, "Actually, I've changed my mind." And, you know, "That's what I would like to do now."

Liz asked her close friend to bring her new born baby to visit her to help her try and get used to being around other babies.

Liz asked her close friend to bring her new born baby to visit her to help her try and get used to being around other babies.

View topic summary
SHOW TEXT VERSION
PRINT TRANSCRIPT
I just needed to talk. And a friend, very good friend of mine who happens to be a midwife was expecting a baby. Probably - He was born a fortnight before I lost the twins. So I'd not seen him before I lost the twins. I was in hospital when she had him. And I spoke to her. And she was coming round, because her parents lived near mine. So she was in the area. And she said she'd like to come and see me. You know, but she said, "I'll come on my own." I said, "No." I said, "Please will you bring little one?" And she's like, "Really?" I said, "Yeah." And without saying to her, 'I need to see him, please do bring him', I - you know - I sort of danced around it a bit and said, "I'd really like -." And I did want to see the baby.

And I don't think - Most people I've spoken to about this have not really got it. I don't think even my Mum really got this. She says I'm brave, but she doesn't really get that I needed to hold another baby, to know that I could [laugh].

Just to know that I wasn't going to break down every time I saw a baby. And actually, I did. She came, he was beautiful, he was only two, three weeks old. And I held the baby, and I was genuinely - in my heart, I knew I was genuinely pleased for her. It was her third. Genuinely pleased for her beautiful baby. I still could be happy for somebody else, and not let my distress and upset cloud my emotions for other people. That was my problem, my issue, my whatever was going on. It didn't stop me being happy for somebody else. That was really - again, something I didn't - you know - I wasn't expecting. But, that separation of what's happening to other people and what's happened to me, I was quite keen that I didn't want to be miserable or feel miserable about other people's circumstances just because of what I was going through. So, I. You know, I told her to "Please bring baby." And she did. And, yeah. I held him. I think I probably broke down afterwards, after she'd gone. And my Mum picked me up, but - caught me, picked me up.
Previous Page
Next Page