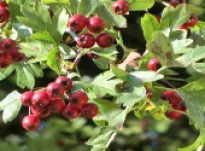 Age at interview: 53
Brief Outline: Joe was driving home after a gig when another vehicle crashed into his. He spent four days in a coma and was then diagnosed with a brain injury.
Background: Joe used to be a drummer playing in various bands. He is separated from his partner and has four children. He lives alone. Ethnic background' Black/British.

Joe sustained his brain injury in a road traffic collision with another vehicle. His injury affected his memory, vision, hearing and coordination. Before the accident he was working as a drummer playing in bands and making recordings. After his accident his coordination prevented him from playing as well as he used to so he decided to “call it a day”. Subsequently, he has retrained to work with digital media although he has been unable to find a job in this area.
After his brain injury, Joe was helped by an occupational therapist and a physiotherapist who comes to the Headway group he attends.
Using his mobile phone and the internet helps Joe to remember things. He also relies on family, friends and support workers to send him reminders when he has something to do.
Joe receives Employment and Support Allowance (ESA) and the care component of Disability Living Allowance (DLA). His family and friends have been supportive of him and always ensure that he “never actually went to bed without dinner”.
On Sundays Joe goes to church where he “deals with the music, the sound equipment and some of the media”. He looks forward to this because he “can do things that others are not able to do”.
Since his injury, Joe does not like to be in crowded places or travelling to tube stations that have lots of steep stairs. He carefully plans his journeys and uses stations he knows.
His message to other people who have been recently injured is' “Don’t just give up”. He thinks it is important for health professionals to show patients they are not worthless or useless. This is important for helping them “get back on the road to some form of recovery”.

Joe was living beyond his means after his brain injury. He is now living in sheltered housing for...

Joe was living beyond his means after his brain injury. He is now living in sheltered housing for...

View topic summary
SHOW TEXT VERSION
PRINT TRANSCRIPT
I guess when you live in a place like this, you consider you’ve failed in life and failed miserably. So… I can just about live with this failure. Not have it talked about, you know…I wouldn’t wish this accident or some of the things that I have had to, or where I am presently in my life, I wouldn’t even wish it on my worst enemy. That is just basically… but that’s just me really.
And you know that you said you came to live here because in your previous place you were living beyond your means?
Yes.
Do you think your brain injury had anything to do with you living beyond your means?
Yeah it did, because I kept thinking that I’m going to be able to take care of things, but I wasn’t able to take care of things. I was living, I was living a lie really, you know. Hm. And I thought I don’t want to live that way no more, so… I was like caught between a rock and a hard place. Because if I just walked away it would be said that I made myself intentionally homeless, so I had to wait and…for me to be re-housed by… the powers that be. So now I’m because I stayed there, I have to, and my benefits have been deducted to pay off the rent arrears or what have you, and like I say, you know, I really had to depend on people who knew like [name] and [name] to really steer me in the right path, make things happen. Otherwise I could have been in deeper crap.

Joe went back to study after his injury but the university did not think he was able to keep up....

Joe went back to study after his injury but the university did not think he was able to keep up....

View topic summary
SHOW TEXT VERSION
PRINT TRANSCRIPT
You said that at university that you weren’t learning fast enough.
That’s what was said yes.
That was what was said. And did you agree with that?
No I did not. Because I think I did and I more than did what was required, but if you have studied and you have a doctorate. I don’t have a doctorate, but I’ve been where you’ve never been. I’ve seen things and I have a different view of the world that you don’t have, but I might not be a hundred per cent and your word is more, your word is going to be taken over mine, so… And that was just what, what took place really. So I just say, well, you know, I don’t beat up myself about it. Sometime walking away is not really such a bad thing you know.
It sounds like what you’re saying is that you had lots of life experience but your university sort of didn’t value that as such?
No they didn’t value that, because, you see, what is valued is the degree, the Master’s Degree paper. Not the knowledge or experience. Now my knowledge and experience, if that was to be taken into account, I could be earning. But it was not, so and there are some people that are of, that is just their way of thinking. For instance like, if you’re working in Jamaica, and you’ve a Diploma and Degree you get the job, no experience or nothing, you just get the job. It’s just actually they prove my Degree and you get a job. Here in England it’s the same thing, Degree and Diploma and you get a job. Not experience.

Joe’s friend who is blind showed him how he could manage his deafness better and how to listen....

Joe’s friend who is blind showed him how he could manage his deafness better and how to listen....

View topic summary
SHOW TEXT VERSION
PRINT TRANSCRIPT
About two years back I had a friend who is blind. I met this man who is blind and he taught me, well, in observing him, the way how he dealt with things. It really showed me that when I was like pitying myself and thinking that, “Well I can’t” and he showed me that well, just the way how he did things, it can be done, it’s the way how you apply yourself and we became friends in the last two year. And just observing him, just gave me a different way or different attitude towards, because I think the worst thing was when the doctor said, you know, “There is no cure for what you have and this is something that you will have to live with for the rest of your life.” And yes, I must admit it did really throw me off. And I was depressed for many years really, until...And the difficulty was like to communicate with people, especially younger people.
And then I thought, “Well you know, this is something to get over. And he basically taught me how to listen more. I had forgotten how to listen, because I went totally deaf in this ear and I was slightly – in my right ear – and I was slightly deaf in my left ear. Now I can hear better in my left ear and I do have regained some, some hearing in my right ear. And I do have a balancing problem.

Joe believes that if medical professionals can make people feel valuable after a life-changing...

Joe believes that if medical professionals can make people feel valuable after a life-changing...

Yeah, well health and social professionals. I think if they show like [name] and [name], these two ladies, as far as I am concerned they’re icons. Because they have a way in which they deal with people with brain injury or people with disability. They never make them feel worthless or useless. They make them feel valuable. I think if health professionals get that over to patients then I think they can, they will help those patients, they will help patients or people with these issues to really get back on a road to some form of recovery or whatever.

Because he finds crowds and stairs difficult to negotiate, Joe has to psych himself up before...

Because he finds crowds and stairs difficult to negotiate, Joe has to psych himself up before...

View topic summary
SHOW TEXT VERSION
PRINT TRANSCRIPT
What about travelling around London. Is that something that’s easy for you to do?
Well I have to like psyche myself up because I can’t stand crowded places. And if I, and if I’m, like say like when I used to go up to the RNIB at King’s Cross I have to go at a time when there is less people on the trains or there is less people in King’s Cross and I have to think about it. I really have to psyche myself up and plan it, maybe Google maps and plan so I know basically where the lifts are, how you know, if it just has steps that day will be very difficult. But if I had planned yeah, I can get through it.
Okay and are crowds something you don’t like since your injury?
Yes. Because I mean, you know, when you play in a band you play to like 10-50,000 people. I mean they don’t all come in your dressing room, but you know at least a good ten or thirty people would come back in your dressing room after, after a gig. But as you are dealing with them out there and I’m here. But now after the accident I just know that I just can’t deal with crowd, I don’t know. I don’t know exactly why, but I just don’t like crowded areas.
And you said there as well that when you plan your journeys around London you look to find out where the lifts are in stations and things.
Yes.
And why do you prefer to use the lift?
Well because I have problems like with my joints and, you know, stairs, I’m not really too good with stairs. So I have to really depend on the lifts. And if it’s a place like King’s Cross where I know that area and I know that area and I know that place, I know that I can deal with the steps. Yeah. Or Baker Street I can deal with the steps, but there are some other places it’s just a nightmare, you know.
Why is it a nightmare?