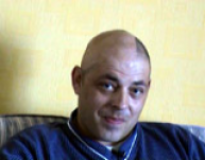 He wishes the doctors had spent more time explaining what was wrong.

He wishes the doctors had spent more time explaining what was wrong.

View topic summary
SHOW TEXT VERSION
PRINT TRANSCRIPT
Well, first of all, being told that I had a small lesion. "It's nothing. It don't matter, don't matter". Well obviously it does because seven months down the line, I then got told I've got terminal cancer.

So that small lesion at the beginning is something and it was something then and I wasn't being told. Okay, they couldn't tell me there and then what it was, they had to wait for it to grow; fine, let it grow, and then it was, when I was told I had the cancer, and what tumour I had, which is a very rare adult cancer, when I asked what it was about, I was basically, it was blinkered by the doctor and I had then to then ask my nurse what it was, and who, unfortunately, doesn't know a great deal because she's new to the area of what's covered.

So she's trying her best to find out and do her best to know what sort of tumour we're dealing with, where the doctor could have really told me straightaway, in that he deals with them. And you know, it's fairer. I think if they were just to take five more minutes out, just to say, 'This is what you've got. This is what it does, and this is what we expect to happen'; and I think that's fairer than to just not tell you anything at all.

He thinks that the best source of information is the internet.

He thinks that the best source of information is the internet.

How can you decide what information is reliable and what might not be that reliable?

Talking to the nurses and that. They generally know who's reliable, what sources are good and what sources are bad, really. They generally get their information off the internet, a lot of their information. They know that they've got the internet and worked on so, and the Cancerbackup is actually run by nurses so they know what they are talking about, really, at the end of the day.

Explains that he would like to help others in his support group to come to terms with the grim...

Explains that he would like to help others in his support group to come to terms with the grim...

View topic summary
SHOW TEXT VERSION
PRINT TRANSCRIPT
I was angry, at first, because I wanted to know why it was there, what it was doing, what it had done, what I had done. They couldn't give me the answers for that. It's something there that's grown, for no reason, that nobody can give an answer for that. It's nobody's fault, it's happened. There's no point in beating yourself up about it, because it doesn't help. Try and be strong; try and be positive because that's the only way you can deal with it. Try not to be angry.

But that's a big change, isn't it, to have to make?

Yes, it is a big change. You are going from one milestone to another. You want to crash, you want to... you do want to, you know... and I've learnt that doesn't work, you know, you've got to, it's nobody else's fault. You've just got to get on with it and be strong. There's no point in being angry.

But that's a big change to be able to make. That seems to me to be about what you believe about life, your philosophy of life. Is that the way you'd put it?

It is a philosophy but also it's the truth. I didn't ask for it there; nobody put it there. So, there's no point in getting angry with anybody because it's nobody else's fault. You just got to deal with it.

You know you said you started off being angry and then you started thinking like this - what happened to help you change from one attitude to another?

How life changed so quickly, in a short period of time. Yeah, you know, just watching the difference from one stage to another. When you get sick. When you sit down and you say, 'Oh I've been off work nine months', and you've got a lot of time to sit and think, and you look through what's happened and you realise that there's nobody to blame. It's nobody's fault. And if you don't get on with it, it's going to beat you, so, best thing to do is just try and do your best.

Don't be angry, because life's too short as it is, you know, yeah. It is too short, life is too short. No matter what way you look at it, and just enjoy it, because who knows' At the end of the day what I say now is what I'll be saying in the support group. And I'll try and help anybody I can, because this has come as much of a shock to me as it did to them guys, or lady, whatever. If I can help them, then I'll be happy.

Suggests that young children don't need too much information at a time.

Suggests that young children don't need too much information at a time.

View topic summary
SHOW TEXT VERSION
PRINT TRANSCRIPT
It's harder, I think it's... when you're trying to tell your own children it's harder, you know. You don't want to tell anybody's children, you know you don't, 'Oh by the way your Daddy's doing this and that' because you don't want to tell anybody's child that that's what their Dad... happened with their Dad. And when it's your own it's hard.

So this point about letting them bring it up and then to be sure that they're at a point there and they can understand so far?

Yeah, they can understand a bit more because they've asked and then that way you can go in, if you need to go into depth with it, you can go into depth with it and they understand that little bit more. But at ten and eleven [years old] they're still young, they're still kids. They don't want to know about dying; they just want to know about living and you just try and teach them how to live that little bit longer. Teach them how to live, not hold their fear, hold their fears in because if they hold their fears in then that's wrong as well. But let them live and let them be children, you know.

Apart from what you've just said, which is really helpful for other people to think about, have you got any other tips on how best to talk to children?

Simply. Just do it easy. Don't go into a dialogue or anything like that. Just say... I don't mean just like, 'Oh by the way I'm dying', because that don't work either. Tell them that you're ill but don't over emphasize anything else. Explain why you don't go to work, explain why you don't do this or that but don't... you don't have to go into the full details because they just get confused and upset and worried. And then you've got another person that you've got to think and worry about, because they don't need to know that.

Maybe as it gets on and they get on, then maybe you tell them but you don't... there's no need to tell them everything. They'll see it, you know.

He waited many weeks to get financial benefits and found the process very unsympathetic.

He waited many weeks to get financial benefits and found the process very unsympathetic.

View topic summary
SHOW TEXT VERSION
PRINT TRANSCRIPT
I feel on benefits I've waited... I waited fourteen weeks for one benefit. I waited another twelve weeks for another. For what reason I don't know. Why? You explain the reason why you're out of work and it seems to be, 'Oh well, you and like fifty thousand other people'. But I'm not like fifty thousand other people.

Where did you go to get the information on benefits?

I had to 'phone them.There is... the hospital do give out help for the benefits but it doesn't seem to... they still seem to take as slow as they like, you know.

Okay, I'm ill. I'm not as ill as some people but I'm a lot iller than some others and they don't seem to appreciate that. They seem to think, you know, everyone's pulling their leg, you know, that it's not genuine. And you fill in forms for this and forms for that. But then, at the end of the day they just don't seem to want to help. You try, you ask them, and it's, 'Oh you can do this, you can do that', and that's it.There's nobody on the other end of the 'phone, explaining to you. You know, it just seems very robotic. That's it, you know?

He was dismayed with the lack of support for people with brain tumours.

He was dismayed with the lack of support for people with brain tumours.

View topic summary
SHOW TEXT VERSION
PRINT TRANSCRIPT
I feel a support group would be beneficial for people of my age, with my condition. You've got support groups for breast cancer. You've got support groups for lymphoid cancer, Hodgkin's disease, whatever, but you have nothing for brain tumours, whether they're cancerous or not, there's nothing there and I feel someone should do something about it because we are alone and it's so much harder to fight alone.

He wants to die at home because it will be easier for family and friends to visit.

He wants to die at home because it will be easier for family and friends to visit.

View topic summary
SHOW TEXT VERSION
PRINT TRANSCRIPT
So we've just had another break and we were talking about what your preferences are for care when you need more looking after.

Yes, more palliative care. Whether you would like to stay at home or go into hospital or some other place?

Home. Home's... I think home is the best place. You know, it's where you know. It's where you belong and at the end of the day, it's home, isn't it?

You were saying it would be easier for people to visit you.

Oh yeah. It's like, I don't like homes and hospitals, they are restricted. You can only go in at this day and you can only go in at that time, and you can only do this or that. People are then restricted how they get in and get out whereas here, at home, they can stay, they can park out the front, it doesn't matter what they do. You know? And it makes life so much easier for them and I want my friends and family round me. I don't want to be dying in a hospital or in a home where nobody can see me because at the end of the day it's what I want, I hope, you know.  Hopefully it's not going to be much of a burden on somebody, me being at home dying you know.

Have you got any idea how the end bit might be, you said that it would be just like, almost like a turning the light off?

Yes, from what I understand it will just be like switching the lights off. I won't know nothing about it. I probably won't even get that much weaker, I might get weak but I don't know how far weak I'll get but it will be a case of just like shutting, shutting my eyes and that's it, I'm gone you know.