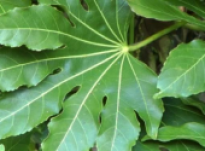 She first noticed a sharp pain in her lower abdomen but didn’t think anything of it. She and her husband then went on holiday and on coming back she suffered from a persistent nagging pain in her abdomen for about a month. Her colleague suggested that she should do something about it so she decided to mention it to the practice nurse when at a tetanus injection appointment. The nurse insisted that she make an appointment with a GP. Her locum GP referred her to see a consultant after noticing an abnormality during an internal examination. She met with the consultant and was put on a waiting list for exploratory surgery which later confirmed she had ovarian cancer. She was then referred to the oncology department.
She then underwent chemotherapy where she had 6 treatments of carboplatin. She decided that she wanted to lead a completely normal life, so she carried on with work in-between treatments. At the end of the treatment her consultant informed her that it looked like she was going to be alright. She found that she did have to take some time off from work when she started to experience side effects from the treatment. She later started to have small bleeds and realised that her consultant had spoken too soon as she had developed a small growth. She wished that her consultant had been more straight-talking and honest about her condition throughout her experience, so that she could have known exactly what she was facing. She felt angry that he hadn’t had the courage to explain to her in more detail the severity of what she had been through. She spoke to another consultant about an experimental treatment but had felt unsatisfied with his explanations. She explained that she had a dependent daughter at home and was concerned that the treatment was not likely to be as effective the second time round as suggested by statistics. She eventually tried another experimental treatment [cisplatin and cyclophosphamide mixture] after speaking to her GP. She found this treatment was more aggressive but that it left her feeling groggy, confused and that eating during the first few treatments was difficult. She found chemotherapy affected her feelings of femininity. She explained that she had found losing her hair more upsetting than she had expected, and decided to start wearing a wig. She eventually felt more like herself again as the treatment continued. Six months after a clear CT scan she experienced more bleeding and was sent for further tests and a laparoscopy. They found that her bowel had been perforated. She felt devastated and that it was something that could have been avoided.
She then started 7 weeks of radiotherapy. She found radiotherapy much more bearable than chemotherapy. The radiotherapy also affected her appetite. She was in remission for 3 years. Despite nothing turning up on her scans she eventually started to experience vaginal bleeding. They later found a growth but the biopsy came back negative. She felt that as the test results were negative that there was no point in putting herself through the stress of chemotherapy. Unfortunately her consultant eventually recommended her for further chemotherapy where she developed a severe allergic reaction. She then started on a Taxol treatment. The tumour shrank, which she found encouraging, and the treatment had been bearable, but it did affect her concentration. So that she could attend her son’s wedding the doctors agreed to a two-part treatment. She felt happy that she had not only been able to go to her son’s wedding but that she was also able to enjoy herself. She and her husband also felt it was important to take some time to travel between her treatments and had a wonderful time building memories, travelling when they could. After chemotherapy and radiotherapy she found that her treatment eventually interfered with her sex life but that it has not affected her relationship with her husband.
She found her husband’s support invaluable throughout the whole experience. She has also had great support from friends but found that people didn’t always know how to treat her. She explained that some of her colleagues had been unsupportive, which she found difficult and upsetting. Despite this she has met some fantastic people at the day centre in her local hospice. She also found great comfort from hospital staff and her Macmillan nurse. Since her experience of ovarian cancer she has had a number of health problems and had suffered from a series of bowel blockages which have caused her great discomfort. She eventually underwent a bowel bypass operation. She explained that it was a long road to recovery and she initially had difficulty with her eating habits but after a shock and steroid treatment her appetite has returned to normal. She had found it difficult not being able to enjoy food over the course of her illness. Since, she has seen a dietician and made positive changes to her diet. She explained that’s she has never quite gained her full strength back and retired as her condition deteriorated. She had always been an active person but has found enjoyment in more relaxed activities such as reading and watching films. She feels that she has been lucky. She explained that you find the energy to hold up and keep going. She believes it is important to maintain a fighting spirit and take each day as it comes.

Despite encouragement from the nurses, she no longer wanted to have sex after radiotherapy for a...

Despite encouragement from the nurses, she no longer wanted to have sex after radiotherapy for a...

View topic summary
SHOW TEXT VERSION
EMBED CODE
PRINT TRANSCRIPT
Did it interfere with your sex life?
Yes. I think I’d just got probably, just disgusted with the workings of my body unfortunately. That didn’t happen at the beginning, but I think as time wore on, I think after I’d had the radiotherapy we didn’t have sex anymore. I think, you know, the nurses tried to sort of encourage me but my husband again was incredibly understanding about it.
So it was you who instigated that?
Yes it was. I think he just fully understood.

She has ovarian cancer and her sister colorectal cancer; both are being tested for a faulty gene...

She has ovarian cancer and her sister colorectal cancer; both are being tested for a faulty gene...

View topic summary
SHOW TEXT VERSION
EMBED CODE
PRINT TRANSCRIPT
Was there any history of cancer in your family at that time?
Well, we are more of a cancer family than anything else, but there was only one person that we knew that had died in their 50s, everybody else had gone on to their 80s, 70s and 80s. But it is a great sorrow I felt when my sister was diagnosed last summer at the age of 58 with colon cancer. I think it is extremely unfortunate that it’s happened to us both so comparatively young. And in fact it had progressed and already she had spots on her liver, so it’s more shocking, and in fact I felt more stressed at her cancer than I had with my own. I think possibly because you’ve got resources in yourself to buoy yourself up, but you feel very helpless in the face of other people.
But, touch wood, nothing so far has appeared in the children. They might possibly be monitored, it’s up to them, but my sister was quite keen to have a genetic test done and that’s in train at the moment. We don’t know whether they’re going to follow it up or not, because when I first raised it at a clinic they said they were actually more concerned with people who got it at a younger age than we had. People who are under 50, possibly even under 40. So it’s up to them.
My sister who lives in [city], they seem to be extremely keen on their research and they actually followed her up with the ovarian thing. She had, what are they called? The scans that you have when you have a child?
Ultrasound?
Ultrasound, yes. She had ultrasound scans every so often, and although she never complained of it being stressful, she did mention that they’d picked up cysts which then disappeared. And I’m really not sure about this constant monitoring. I had started having mammograms myself. I felt the lump in between the three years that you have it. I do know a couple of friends who are eternally grateful that they had mammograms because they were caught, and one fortunately is as cured as you can ever be, and she’s still going strong after 15 years. So, you know, it worked for her. My sister was in fact offered a laparoscopy, or they wanted to do a laparoscopy, because there was one particular big cyst, but because of my little accident she refused and that big cyst also disappeared.
You said you had this genetic test yourself as well.
Yes, I had it yesterday.
Right
So they’re freezing it. As my sister said, for some reason, I don’t understand why, but I had to have the test before she did. So it actually sounds as though I instigated the whole thing. And the lady who saw me said, you know, she was going to see her consultant next Tuesday and they’d decide themselves what to do, whether to carry it forward or not. But my sister will presumably have hers and, you know, what she does with it and what her children do, I asked my children beforehand because it was their reactions that I was keen to know, and they seemed quite positive about it, although my son told me yesterday he didn’t think that he wanted to be followed up, on further reflection. But that’s totally up to them.
Previous Page
Next Page