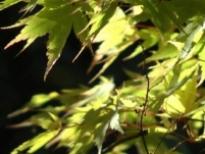 Age at interview: 71
Brief Outline: James is a retired ink technician. He has been married for 52 years and has four children. After his early retirement in 2004 he and his wife lived in Spain for 5 years, but they returned to the UK 5 years ago to be closer to their family.
Background: James recently learned about his kidney impairment when he consulted a locum GP about blood in his urine (macro-haematuria). He takes medication for atrial fibrillation and to control high blood pressure and cholesterol. Ethnic background: White British.

James has been taking medication (simvastatin and ramipril) to help lower his cholesterol and high blood pressure for over 10 years. He also has longstanding problems with back pain. Three years ago he was due to have emergency surgery on his discs when pre-operation assessment detected a heart problem. He was diagnosed with atrial fibrillation, prescribed warfarin and is now attending monthly check-ups with a nurse for his INR readings (to check his blood is kept at the correct thinness). He has no problems taking his various medications but finds the frequent warfarin check-ups a bit of a hassle.

After taking early retirement in 2006, James and his wife moved to Spain where they lived there for five years. They found that Spanish doctors were more reluctant than British GPs to prescribe statins for high cholesterol and instead stressed the importance of changing to a healthier lifestyle. Two years ago James had a knee replacement. He experienced excruciating pain directly after the operation and intermittently ever since. He has had a number of investigations but so far the cause of the problem has not been found. James keeps himself as active as his bad knee allows by taking short walks by the seaside and doing gardening. However, he is not keen on modifying his diet and would rather take medication than go without some of the foods he enjoys. He successfully gave up smoking 25 years ago, but enjoys a glass or two of brandy in the evening.

Whilst on holiday in in Spain in 2011, James suddenly started to pass large amounts of blood in his urine. He came back to the UK to have the problem examined. His GP referred him to the hospital urology department where he had a kidney scan and a cystoscopy (an internal examination of the bladder using a small camera). He was told that he had a small kidney stone but that the most likely cause of the problem was an infection in his kidneys or bladder. He was given a course of antibiotics. He also was given a temporary catheter which was difficult to fit, and when finally fitted turned out to be very uncomfortable. Eventually, after several more hospital visits and in-patient stays, James was given another operation to remove parts of his prostate. A few days after the operation the bleeding stopped and James did not experience any problems for almost a year. However, in December 2013 he started passing large amounts of blood in his urine again. He was operated again and the surgeon told him that he had cauterized all blood vessels from his prostate. He was discharged on Christmas Eve, but the bleeding continued for another month. His GP prescribed another course of antibiotics for an unspecific infection.

James feels dissatisfied that he has been prescribed antibiotics on several occasions when he felt it was “just guesswork” that an infection was the underlying cause. He has tried to challenge the doctors’ decisions and does not feel he has yet received a satisfactory explanation from them. However, he stopped passing blood in his urine eight weeks before being interviewed for this study and is hopeful - rather than confident - that whatever caused the problem has now been put to rest.

It was during one of his many trips to his GP surgery when James saw a locum GP that he found out about his decrease in kidney function. The locum commented that James’ kidneys were “on the borderline” but did not go into further detail. James was astonished that during all his previous GP visits and hospital investigations, nobody had mentioned that his kidneys showed mild impairment, not even after he had a kidney scan. James did not ask further questions at the time, but being interviewed about the subject has made him want to know more information.

One really positive medical experience for James was a recent operation to remove cataracts from both his eyes. He had been short-sighted all his life, but now, at the age of 71, suddenly is able to enjoy perfect eyesight.

James works on the principle that no news is good news. He is not too concerned to know the details of what he is being tested for.

James works on the principle that no news is good news. He is not too concerned to know the details of what he is being tested for.

View topic summary
SHOW TEXT VERSION
PRINT TRANSCRIPT
Yes yes I've had a few blood tests yes. And these obviously were because they sometimes take about three different lots of blood and I never questioned what they were for really, you know what I mean?

No, I mean I was never… I was never given any results one way or the other. If there was anything wrong they would probably tell me unless even this x-ray… I got an x-ray nearly… well it's over a week ago and they say, "Oh your doctor… he'll be able to tell your… you see the doctor a week to ten days." …I mean if there's something wrong they’ll tell you, that’s the way I look at it. If there's nothing wrong they're not going to tell you, you know what I mean? So I might go down the doctor next week when I go to see the nurse with my INR. I might say, "Did you get the results of my x-ray?" But I know there's nothing wrong with the thing you know what I mean?

James finds having blood samples taken and the INR measured at the GP’s surgery much more convenient than the frequent trips he used to make to the hospital, and he gets his results immediately.

James finds having blood samples taken and the INR measured at the GP’s surgery much more convenient than the frequent trips he used to make to the hospital, and he gets his results immediately.

View topic summary
SHOW TEXT VERSION
PRINT TRANSCRIPT
But normally speaking I'm just in there five minutes. "Oh go and wash my hands, come on, sit down and get it done," and that’s it done.

Mm and you get your result then and there?

I get my results there and then.

So when was it that you had these tests in the hospital? …Was that when you initially went on the warfarin?

How long did it take for your care to be transferred to the GP?

And you had to phone up every week?

No two or three month, maybe a month going to the hospital and then… before the doctor's surgery had this little machine I'd started to go to the doctor and they would take the blood sample.

So that went on for three or four months until they got the little machine and you didn’t have to go to the hospital. So I suppose over a period of about maybe six months. The first six months I was on warfarin it was a matter of getting the result; phone them up the next… the same day or later on to get the result.

When James had blood in his urine he was alarmed to learn on the internet that it could indicate a serious condition; after investigations his problem was found to be associated with prostate rather than kidney disease.

When James had blood in his urine he was alarmed to learn on the internet that it could indicate a serious condition; after investigations his problem was found to be associated with prostate rather than kidney disease.

View topic summary
SHOW TEXT VERSION
PRINT TRANSCRIPT
Do you ever try to get information about your health from other sources than from the health professionals directly?

Don’t think so no.

You don’t look up things on the internet or books?

Well yes, I've looked on internet when I had all this passing blood. In fact I went religiously through all the different sites about …and it's more worrying I think when you start looking at it all because they’re saying the slightest sign of blood “see your doctor or your hospital”. I mean I was passing gallons of blood! and day after day and every time I went to the toilet, every time I went to pass…to the toilet I was passing blood. And it's, "Oh yes we'll see that and then give you antibiotics and “oh yeah we'll see you in three weeks' time for…" And this was supposed to be such a serious thing – they keep telling you how serious it is if you see any blood in your urine, [laughs] you know, “see your doctor immediately”.

Do you remember which sites you looked up on the web?

No – lots of them – lots and lots of them. No and I would pass from one to the other and …. no I wouldn’t know which site. I would just Google “blood in urine”, “male”; “blood in urine” and then just pass that… and then you click on each one and it tries one and I'd go each one and you'll get further and further into it you know. I went into for the prostate ones… I did do it for that as well. Never did it for my cataracts – I didn’t want to know really what they did with your cataracts because I'm a bit uncomfortable…[pulls a face].

And for the blood in the urine did you find anything that was helpful to you?

Well helpful it's… I don’t really know if I could say it was helpful you know; more disturbing than anything else you know because they were making out it was… could be very serious and… I don’t think I should have gone… I was kind of reluctant after… I was kind of sorry I'd gone onto the sites I think you know what I mean because they were telling me things I really didn’t want to know.

They were saying how very important it is to get seen to, and I was seen to but they weren’t doing anything you know so. So to that extent I was a bit disappointed you know but…
Previous Page
Next Page