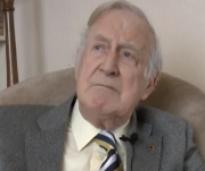 Age at interview: 82
Brief Outline: Ian has high blood pressure, Type 2 Diabetes and COPD. He knows that his kidney function is monitored at his 6-monthly diabetes check-ups but wasn’t aware that he had mild kidney impairment until being invited to take part in the research.
Background: Ian is a retired aeronautical engineer. His first wife had dialysis for many years and eventually died of kidney failure. He has three children and lives with his second wife. Ethnic background: White British.

Around 15 years ago, Ian was diagnosed with Type 2 Diabetes. For a long time, he was able to control his blood sugar very well by taking regular exercise. More recently, Ian developed emphysema (breathing difficulties due to Chronic Obstructive Pulmonary Disease). He thinks this is likely to have been caused by many years of heavy smoking and exposure to fiberglass dust at his workplace. Ian now tends to get out of breath quite quickly, especially in cold weather. He finds this frustrating that he can no longer do ballroom dancing, go for longer walks or play a full game of golf. Being less physically active has also made it harder for him to control his diabetes. His blood sugar level has increased over the last few months and he is more reliant on medication to manage it.

Ian takes metformin and glicazide to control his diabetes and methyldopa (Aldomet) and ramipril (an ACE inhibitor) to bring down his blood pressure. He also takes folic acid and has 3-monthly B12 injections. Ian’s main current health concerns are his breathing difficulty and intermittent pain over his left eye caused by an episode of shingles three and a half years ago.

Ian was aware that as someone with Type 2 diabetes, his kidney function was being monitored as part of his 6-monthly check-ups. However, until he was invited to take part in an interview for this study, he had not been told that his kidney function was mildly impaired. Ian’s first wife had to have dialysis for many years and eventually died from kidney failure. The experience of caring for her was difficult and Ian worries that he would not be able to cope if he should develop more serious kidney problems.

Ian has complete faith in his GP and trusts him to make the right decisions about the frequency of his check-ups. However, with hindsight he feels that he would have liked to be given more detailed information. He would advise other patients to push for as much information as possible if kidneys are mentioned, so they know exactly where they are. At the same time, he thinks doctors need to be flexible in their approach to suit the needs of individual patients.

The thought of his kidneys failing scares Ian because his first wife had 19 years of home dialysis before she died.

The thought of his kidneys failing scares Ian because his first wife had 19 years of home dialysis before she died.

View topic summary
SHOW TEXT VERSION
PRINT TRANSCRIPT
Well, it’s, my thinking about them, I guess… if I’m absolutely honest, I’d be scared stiff if I have complete kidney failure and had to go on something like diabetes because…

Dialysis, yeah. Because, having spent many hours in [hospital] Kidney Unit… connecting and disconnecting people up to dialysis machines and seeing all the various conditions and things over a period- period of a number of years… I’m not sure I could face it.

You mentioned your wife had home dialysis as well…

So you were quite involved in it.

Yeah, I mean I put her on and off three times a week.

Well, I’ve still got the electrical equipment, well, the… meter actually. I looked at it the other day. We had a special meter for the kidney machine so reading could be taken and… [sighs] I think it’s probably very hard for anyone who first goes on dialysis. I know my wife’s… her, found it very hard, the support you got from, in those days, from [hospital] was terrific. We had a direct line for, a direct telephone line. And… you could pick it up any time and within twenty minutes, twenty-five minutes, they’d be here, if you were really stuck. But… if you see in cold daylight, if you think about the situation whereby you’re taking a person’s blood out of their body and purifying it and sticking it back and you’re on your own doing this, without really any medical treatment, it’s a pretty hairy situation. And I think, oh I don’t know, from my point of view anyhow, I was very lucky and I guess…. someone once said to me… is that… god only asks you to do these things when he’s convinced that you’re capable of doing them. And I think, in this context, it’s absolutely right… that we all have to face these problems and one of mine was to run a kidney machine for nineteen years and look after my wife. …I’ve no regrets at all. I’d do it again… but if I’d known, in the beginning, what it really involved, I’d have been scared to death.

Ian is happy to leave it to the discretion of his GP as to when he would need to be informed about a decline in his kidney function.

Ian is happy to leave it to the discretion of his GP as to when he would need to be informed about a decline in his kidney function.

View topic summary
SHOW TEXT VERSION
PRINT TRANSCRIPT
So I guess what we are trying to find out is how much do you, as a patient, want to know, would you feel burdened if the GP told you more details about your test results, are quite happy to trust them to do- to make those decisions for you or do you feel you should be told what’s on your medical records in more detail?

I’m quite happy to leave it to the discretion of the doctor as to when he starts telling me that it should, that it’s getting any worse, if it is getting any worse. …You either put your faith in a doctor or the medical profession… and hope that they’ve got the answer. If they haven’t, we’re all wasting our time.

Ian takes his diabetes and blood pressure tablets immediately after doing the washing up in the morning and evening.

Ian takes his diabetes and blood pressure tablets immediately after doing the washing up in the morning and evening.

View topic summary
SHOW TEXT VERSION
PRINT TRANSCRIPT
Did you get prescribed medication for it?

Do you know, that’s a medication you’ re still taking now?

Do you know what it’s called?

And that’s something you take every day?

Do you do you know your dose?

Two tablets every morning of metformin and two at night. And ramipril is one per day.

And do you experience any side effects from taking those medications?

No. I’m very lucky. I can take pills without any trouble. Yeah.

And have you got a special strategy of how you remember taking them? …Or is that not a problem?

No, it’s no problem. I’ve got a… a box of pills. Every morning, when I wash up, at the same time as I wash up, I get all the pills down and leave them there. As soon as I finish washing up, I open the pills and take each one out, put them all back, same thing in the evening, as soon as I do the washing up.