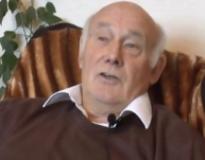 Age at interview: 79
Brief Outline: Gerald has recently been diagnosed with angina and is currently waiting for an operation. He might need temporary dialysis to help his kidneys cope with the dye used to place the heart stents. He was unaware of having a kidney impairment previously.
Background: Gerald is a retired Deputy Head of School and PE teacher. He lives with his wife of 57 years. They have 3 children and 10 grandchildren. Ethnic background: White British.

Gerald has had a heart attack 19 years ago but has continued the very active lifestyle he has been used to as an ex-PE teacher and felt in good health overall, despite intermittent attacks of gout. He also suffers from arthritis and has had two hip replacements, but nevertheless used to take regular exercises at the gym and swimming pool. However, five months ago he developed shortness of breath. His GP referred him to a specialist heart hospital where he was diagnosed with angina.

Gerald is currently waiting to have an operation on his heart and has been told to reduce his activity levels until after the operation. He was told that he would need either three stents put into his heart or a bypass, but that there was some uncertainty about whether his kidneys could cope with the dye that is used to position the stents. It was only through this circumstance that Gerald became aware that he had a mild decrease in kidney function. He has been found to have higher than normal levels of creatinine but his GP explained to him that this was likely to be due to his high proportion of muscle bulk in relation to his body weight.

Gerald takes a number of medications for his heart condition (bisoprolol, clopidogrel, colchicine (for gout), ramipril, aspirin and a nitrate nasal spray to relieve breathlessness), as well as simvastatin to help lower his cholesterol. Gerald and his wife occasionally use the internet to download leaflets with health advice. However, Gerald thinks that the health advice on diet can be confusing, as, for example, in the case of gout, supposedly healthy foods such as porridge and brown bread are to be avoided.

Many years ago, as a young man, Gerald had injured his right kidney whilst playing rugby in the army. He was hospitalised for 12 days, but did not receive any other treatment than bed rest and made a good recovery. He had not experience any kidney problems since then. However, two years ago, whilst recovering from a hip replacement, Gerald developed a serious infection and experienced rigors (episode of shaking or exaggerated shivering which can occur with a high fever). He was admitted to hospital and thoroughly investigated. The source of the infection could not be determined with certainty, but ultrasounds on his vital organs revealed that his right kidney was smaller than normal and working less effectively, while his left kidney was enlarged and seemed to function well. Gerald now wonders whether his rugby injury might have been the cause of this anomaly. His GP reassured Gerald that his overall kidney impairment is classed as level 3 of 5 levels and therefore there was no immediate cause for concern.

Gerald has a very good relationship with his GP and usually receives the results from his 6-monthly check-ups via a direct telephone call from his GP. The main reason for his regular blood tests is to keep an eye on his cholesterol and until recently Gerald was not aware that his kidney function was also being monitored. Gerald is glad that he did not know about his kidney problem until recently, as he thinks too much information about potential problems can make people unnecessarily anxious. He is also confident that if his kidney function started to decrease further, treatment would be available.

For the time being, Gerald is most concerned about his upcoming heart operation. He feels grateful to enjoy relatively good health for his age and looks forward to becoming more active again after the operation together with his wife.

Gerald was referred to the renal clinic three years ago after his GP found raised creatinine levels. However, his kidney impairment has caused slight concern over the last 5 months because it may affect which treatment he can have for his angina.

Gerald was referred to the renal clinic three years ago after his GP found raised creatinine levels. However, his kidney impairment has caused slight concern over the last 5 months because it may affect which treatment he can have for his angina.

View topic summary
SHOW TEXT VERSION
EMBED CODE
PRINT TRANSCRIPT
I didn’t know I had a kidney problem until… because of my heart attack nineteen years ago I was having a check-up every three months, and they were taking my blood pressure and a blood test. And it was during the blood test that my GP said to me that my creatinine levels were higher, not terribly high but higher than they should be. And he did explain that really- because I was - I taught PE and games and was reasonably fit – my muscle bulk was bigger than average for my size which meant my creatinine levels would be higher anyway than the average person. …And that was the position and he said obviously I had a bit of kidney problem and as a result I was advised then to go up to the renal clinic.

So I didn’t have any real treatment for my kidneys and then the… I didn’t have any problem until I had started… this angina started five months ago and as a result of that they told me that my right kidney isn’t functioning as well as it should.

And it's only this last few months, since the problems has really emerged as far as I'm concerned because of my heart problems and now linked to my kidney problem that I've really been aware of it and …not- not worried about it but it’s just a slight concern and the concern's only arose because of it's had an effect on my treatment, heart treatment, for my heart condition.

Gerald believes lack of awareness about his kidney impairment helped him lead a more carefree and active, and therefore more healthy lifestyle.

Gerald believes lack of awareness about his kidney impairment helped him lead a more carefree and active, and therefore more healthy lifestyle.

View topic summary
SHOW TEXT VERSION
EMBED CODE
PRINT TRANSCRIPT
Do you think you should have been told earlier that you had a problem with your kidney because you only found out quite a long time after … it developed by the sounds of it?

Which is what most people would like to do, so I suppose I'm glad I didn’t know I had a kidney problem.

The frequency of Gerald’s check-ups with his GP has reduced from four times a year to twice a year because his test results were stable.

The frequency of Gerald’s check-ups with his GP has reduced from four times a year to twice a year because his test results were stable.

View topic summary
SHOW TEXT VERSION
EMBED CODE
PRINT TRANSCRIPT
Now I would like to ask you a little bit more about how your kidneys are being checked with your GP. So you say you had , after you had your heart attack you were looked after for two years by the hospital, then they referred you back to the GP and you’ve been having yearly check-ups ever since?

Well no I've been going every…three times a year, then I… because I didn’t have any actual problems I started going then twice a year. With the same tests – blood pressure and blood.

And again I occasionally I would have a urine test. I suppose I was having one about once a year really to check-up on that.

And how does that come about? Do you get an invitation to say it's time for your check-up or do you have to make the appointment?

I phone up and make the appointment. I know the people at the surgery quite well . … I know the nurse who , who she'd do all my tests etcetera and as I say I know my GP quite well so I can get in touch and get an appointment without any problem, really.

And what prompts you to think it's time for me to go for a check-up?

Because basically, because nothing… was happening and my results were always quite similar.

Gerald says that when his blood pressure is measured by his GP it is normal but when measured by a stranger it is usually high.

Gerald says that when his blood pressure is measured by his GP it is normal but when measured by a stranger it is usually high.

View topic summary
SHOW TEXT VERSION
EMBED CODE
PRINT TRANSCRIPT
Apparently they discovered when they use the… I suppose which I call the old-fashioned method, when they wrap the sleeve around your arm. They do have occasionally have a difficulty in working out my blood pressure because they find it's very difficult to hear when I… my… I don’t know, pressure actually kicks in and if a stranger does it, quite often they get it wrong the first time and if the nurse who normally does it for me , if she's not there and a stranger does it, someone who hasn’t done it before, they say, "Oh," they might take it three times and it's, "Oh it's a bit high, it seems to be a bit high today”, “I think you'd better come back in a month's time and have it done again”, and usually when I go back after the month my GP takes it straight away and my- it's normal, you know, it's down and… but I have had that experience a few times. But I'm not, because, I say taken so often in the last nineteen years, doesn’t really worry me.

Gerald had been told his kidney function was at level 3 out of 5, and was quite acceptable for his age.

Gerald had been told his kidney function was at level 3 out of 5, and was quite acceptable for his age.

View topic summary
SHOW TEXT VERSION
EMBED CODE
PRINT TRANSCRIPT
They told me my right kidney is functioning at something like level three.

When there were five levels and there's one… one is obviously working at high efficiency; two just below and three is quite acceptable for someone of my age even though it has been damaged in the past. I mean in fact my GP said probably my kidneys are working as well as any other eighty year old so there was nothing to worry about. And apparently in the one, two, three, four, five system there are categories when you say well three is alright, then it doesn’t just go from three to four, there's a… it's three and I think, I can't remember the term he used, but there's three with another sort of possible effect, before I went into four and so he said three, for my age, was reasonably acceptable.
Previous Page
Next Page