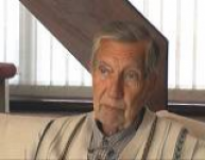 He felt reassured because he'd seen the ICU before having surgery and had met one of the nurses...

He felt reassured because he'd seen the ICU before having surgery and had met one of the nurses...

View topic summary
SHOW TEXT VERSION
PRINT TRANSCRIPT
At what stage did they show you the Intensive Care Unit?

The first, the Sunday night previous, and I had a good view right the way round and met some of the staff, one of the lady's come up, the nurse, and said, "I'm the one that will be looking after you tomorrow." Of course, I don't know who looked after me when it did happen, that was weeks later.

And was it helpful to see the Intensive Care Unit before?

I think so, yes. It could have been me being nosy but yes I did want to see where I was going to go because I had the vision of me being, waking up if you like in Intensive Care with all these tubes, they told me, you know, don't get worried about all the noises but it didn't happen, so yes I can remember going up to the, seeing the Intensive Care Unit and I thought it seemed to be very well run. And the staff there, you know, you [to wife] spoke to all the [laughs] staff probably more than I did

Oh yeah I think I got enough information, I never got much information in respect to Intensive Care but would I have done if I hadn't have volunteered to go up and see what was happening up there. I don't know but they came down and asked me if I'd like to and of course the second operation they also came down. And I said well I've already seen it for the first operation, I feel as though I'm wasting your time. But I could have still gone up there if I'd wanted to. And probably if I hadn't have accepted the invitation, I might have a got some questionnaire or something through saying this is what happens, but I'd rather see it you know, there's nothing to be frightened about.

And did you, at any point, have any questions that wanted to ask the doctors or the nurses?

In Intensive Care or in the general ward?

Before you went in to Intensive Care and generally?

I don't think so because it was explained to me, you know, even pointed out one of the beds, you'd be in that one. And don't be worried if you wake up because you'll have tubes coming out here and in the back and well, other places where everybody you know all these tubes are going to come from. And that was all explained to me anyway and I, you know, was told that the majority of the tubes I wouldn't even feel.

His operation was cancelled to make room for an emergency, and he felt frightened during the...

His operation was cancelled to make room for an emergency, and he felt frightened during the...

View topic summary
SHOW TEXT VERSION
PRINT TRANSCRIPT
I had a bed, I was prepared, I got the injections, I was the first on the list, eight o'clock. And the surgeon came down and said, "[Participant's name], we might have to cancel the operation, we've got". I think he'd either got two emergencies and by nine o'clock, I think it was about nine o'clock, I knew I wasn't going up that day and that's when the ward sister came round and said, "What do you want to eat?" I knew now I wasn't going for an operation. She said, "I do apologise". I said, "It's not your fault." I said, "My giving up my place may save somebody else's life." Which I would have looked on the other way, if it had been me, I would have hoped someone had thought, felt the same way. But his had burst, the same operation but that was it, so I had to phone up my wife and she had to come and pick me up and bring me home.

I was apprehensive because I know you build up for an operation and then told you're not going to get the operation and I thought well it might be another two weeks before it happens, of course it wasn't two weeks, it was nearly six before I actually went in for the op and I, and of course that's just as bad as, you know, am I going through this again. And I can honestly assure you, my wife will agree, I was the second one, I don't know about the first so much, but I couldn't, I was like this [shaking] all the time, I was getting terrified. It was probably the build up, I'd thought well if this happens again I shall feel like saying forget it.

The care he received couldn't have been better and he praised staff working at every level of the...

The care he received couldn't have been better and he praised staff working at every level of the...

View topic summary
SHOW TEXT VERSION
PRINT TRANSCRIPT
I don't think they could have done any more in the hospital, I think although I wasn't eating very well, I saw the menu's and they was excellent, they came round many times during the day, you know with three good meals, tea in the morning, afternoon and evening. And what can I say for the staff, right down to the cleaners, everybody, they was absolutely marvellous.

I don't think I could have expected any more if I'd been the king, I really don't. I was amazed, every thing you wanted you got. You got things you didn't really want but, you got the nurse coming round and you say oh no not again, you know, you got to that stage. And I know they was doing their job but you felt, oh have I got to go through this again, yes, there's your tablets, they stood there while you took them. And they came round to do your heart, your pulse, and all everything around your arm and on your finger or in your ear now or under your tongue. And I said that was being done at an hourly rate for at least three days. But there you are, yes I thought the support was one hundred percent, right the way down from top to bottom.

And people criticise the National Health Service but [laughs] it won't be me criticising them I'm telling you that, I mean I've been in to Bupa as well so, I mean yes, the service in Bupa is excellent, to have your own room and everything else but I don't suppose the medical side could be any better.