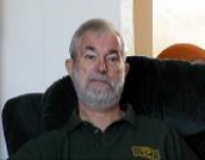 He felt safe in the hands of the healthcare professionals and chose not to visit ICU before...

He felt safe in the hands of the healthcare professionals and chose not to visit ICU before...

View topic summary
SHOW TEXT VERSION
PRINT TRANSCRIPT
Yes, I was nervous, I suppose, yes I was apprehensive, I mean, after all, you're told that the chances of surviving this operation are percentage-wise 90%, which is pretty good, but, as opposed to a lot of other operations which is 95%. So there's more of a chance of something going wrong with this operation.

I can't say I was, thinking back on it, I can't say that I was actually nervous. I mean, you'd be stupid if you said you weren't apprehensive about someone sort of basically cutting holes in you and fiddling around with your insides but the attitude, I think, the manner of the surgeon and his staff was so compitent, professional, that I didn't really have any worries about it at all. I mean, at the end of the day, if I didn't have the operation then I faced death, quite frankly. So, what's the point in being worried about it? You know. If the operation didn't succeed I wasn't any worse off. But I could be a hell of a lot better off. Which I am.

We were given the opportunity also, we were told that I would go into the Intensive Care Unit after the operation as a standard procedure anyway, so, you know, that sort of reassured my family and me, that something hadn't gone wrong afterwards.

We were given the opportunity, if we wanted to, to go and see the ITU. In point of fact we didn't because we were reasonably well aware of what went on in there and I suppose in a funny way of putting it, it didn't seem to me that the ITU was a place for a sightseeing visit, really.

I was quite happy for the staff to do what they were doing and I'm afraid I'm a person who relies on the expertise of others, and these were obviously very expert people. So I just placed myself completely in their hands, really.

He couldn't move much because he was attached to lots of equipment but always had good pain relief.

He couldn't move much because he was attached to lots of equipment but always had good pain relief.

View topic summary
SHOW TEXT VERSION
PRINT TRANSCRIPT
I had an oxygen tube across, up the nose, sort of a small one which they varied. They started off with a fair amount of oxygen and then they gradually decreased it. I had, ready for later on, a feeding tube down my nose. I had a drain, two drains in, one on either side of my stomach. There was a central line in. And I think there were, I'm not sure whether there were, I think there were canulas in my arms, which just made it, you just had to be very careful if you moved. But the nurses always kept a pretty good eye on that. So yeah, so I was, I was fairly well wired for sound [Laughs].

So were you wired for the whole three or four days? Or slowly being...?

I can't honestly remember when the central line came out. But that was after, I think they used that for most of the anti-biotics. And I think that came out on the third day. And the other ones, obviously the feeding tube stayed in and the oxygen gradually tailed off and sort of by the time I went up to the general ward I wasn't, I didn't have that at all. The canulas stayed in, and of course I did have the epidural still in as well and it wasn't until I think I went up to the ward after a while up there. I can't remember how many days, that I was switched over to a, I think it was on demand painkiller. The pain suppression was extremely good. I mean, I have to say that. And I don't think there was any time that, it was uncomfortable obviously and there were times when it was a little bit painful but there was no time when I didn't have something to relieve any sort of pain and like, I can honestly say there was not time when I was in agony, at all.

A few days after getting home he felt depressed and accepted that recovery from major surgery...

A few days after getting home he felt depressed and accepted that recovery from major surgery...

View topic summary
SHOW TEXT VERSION
PRINT TRANSCRIPT
I have to say from a mental point of view, I came home on a Friday. I actually broke down and cried on the Sunday because I felt so depressed, which is an odd thing because you would think by then you were cock-a-hoop because you'd got over it. But, being home was absolutely wonderful, but at the same time I just went through a period of, a couple of days of absolute depression. But I soon got over that.

I think so. Yes. I think it had. Coming back home, you know, the thought must have gone through my mind, I can't say I consciously thought it but, when I left home "I won't see home again." Though I didn't actively think that, till coming home, being back with my family you suddenly realise, "Well, I've made it." And it's sort of a relief, an outpouring, I don't know what. But most peculiar. But I got over it.

Yeah. So, you felt a bit depressed for a couple of days. After that, you were more or less back to normal were you or...?

Yeah, obviously, normal is relative because you still feel extremely weak. Moving is careful to say the least. I had the, again a silly feeling that, an illogical feeling that if I do too much, it would all unzip itself. You know, which is stupid because they wouldn't let me home if it wasn't OK. By that time all the fixings were out and there was just one patch that hadn't quite finished healing. But, yeah, I mean, you don't, you feel quite tired, everything is a little bit of an effort. But you gradually get stronger and stronger and you, frustration I think is the way to put it because I've never been actually been seriously ill in my life before this. So not being able to do the things that I found, that I had been used to doing was extremely frustrating. But you learn to accept that you can't do as much as you could before. But, every day, if you do as you're told, you can do a little bit more. And I suppose the most valuable lesson is the fact that you're not going to get over it in five minutes so you might as well sit back and take the time and do what the doctor ordered, basically.

Two consultants gave him conflicting views about his cancer diagnosis.

Two consultants gave him conflicting views about his cancer diagnosis.

View topic summary
SHOW TEXT VERSION
PRINT TRANSCRIPT
The only thing I will say that when I went back to [hospital name] on the 16th and saw a surgeon then, the attitude was not one that I appreciated. I certainly didn't appreciate it for my wife's point of view, because she was with me at the time. I was basically told that, when I asked what the options were, I was asked whether I understood what was going on and my reply was that I understood that there was a tumour on my pancreas, that at the moment it was quite small but in all probability it was cancerous.

And the surgeon said I was correct in that assumption. That was what the exploration had found out. And then I asked what the prognosis was because clearly I know that pancreatic cancer is a nasty illness. I was told that pancreatic cancer was a very aggressive form of cancer, that there were three options, or a combination of three options. The first one was, as I had then had a stent put in to relieve the jaundice, that I could be sent home and nothing else need be done; that I could have an operation; that I have chemotherapy or I could have a combination of the last three. And the prognosis was in the first case, in being sent home, that I had approximately 11 months to live; but if I had an operation and/or chemotherapy that would extend my lifespan to 3 to 5 years. And that was the options that I was left with.

We then saw an oncologist from [hospital name] who was there whose attitude was so different that she was really upbeat. We were told that I was young, reasonably young, I know I'm not young-young and reasonably fit, that the results of the heart scan were fine. It was nothing to concern us. That the tumour was extremely small and that she felt that there was a good chance the operation would be successful and that she was going to take all my papers the following day to consult with the surgeon at [hospital name] who I've since discovered is an expert in the field, an acknowledged expert in the field with the prospect of persuading him that I was a good candidate for surgery.

The attitude was so different, it's remarkable. It made all the difference. It was almost like good cop, bad cop [laughs]. Or bad cop, good cop. Gave us a lot more thought.