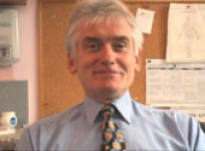 He thought that the research suggesting a link between MMR and autism was not convincing enough...

Show in context
SHOW TEXT VERSION
PRINT TRANSCRIPT
When the link was first suggested in the media of a link between MMR and autism, obviously I looked into it very carefully, because this was just at the time when my son had been diagnosed, or a couple of years after he'd been diagnosed as autistic. His autism was quite profound and very troublesome at the time. And I was obviously very interested to look into any possible explanation for the development of this condition, and particularly anything that might suggest some intervention, which might be effective. So I looked at it very carefully. And I must say from the outset I was really shocked by how insubstantial the so-called case linking, the evidence linking MMR and autism actually was. If you looked at that original Lancet paper that caused the furore, it was based on a very small number of cases. There was no actual evidence presented in the paper of a link between MMR and autism beyond the conviction of eight of the twelve parents, parents of eight of the twelve children that they believed that there was a link. But no actual evidence of any such link. And indeed although the team that was promoting this idea indicated their intention to produce evidence of the link subsequently through virological studies, through epidemiological studies, they have conclusively failed to do that over the over the five, six, seven years since.

And I think the great surprise and really the shock of the MMR thing is how such an insubstantial theory ended up having such an impact. And I think there's a number of reasons why that happened. But I think it's had a very unfortunate effect. But certainly from the outset, I must say looking into it I found it utterly unconvincing.

I sympathise very much with the experience of parents who have had that experience of having a child who's developed apparently perfectly normally up to a certain stage, often 12, 18 months, longer, and then appeared to regress into a state of autism. And I'm sympathetic with that experience because I've had that experience, because that's exactly what happened to us. I mean our son [name] appeared to be developing perfectly normally until about 18 months and then appeared to regress. And I can well understand that parents who found that time of regression coincided to some extent with the MMR immunisation might link the two. Although it's always somewhat difficult because the regression is never an overnight phenomenon. In my experience it's a gradual process, takes place over a few weeks rather than a few days, indeed months. Whereas obviously immunisation is a definite event. But nonetheless I can see if the immunisation took place around that time that you might link the two. Now in our case the immunisation, when we look back, because we never thought of any link at the time.

And it turned out that we noted the signs of his regression from about the Christmas and that he'd had the MMR in the August. So it was about four months before, when he was just over 12 months old. And, which is right round about the normal time that children have it. He was about 14 months when he had it. But we never noticed anything at the time. And in retrospect it didn't seem to be any link either, because it was four months later. So some people might say, 'Well, it was four months later but maybe there was some relation'. But we'd certainly never thought of any. And honestly it never seemed at all plausible.

Thought it was important not to scare parents in to having the immunisations but it was also...

Show in context
SHOW TEXT VERSION
PRINT TRANSCRIPT
The immunisation authorities are always accused of exaggerating the seriousness of some of these diseases. And I think it's understandable that if people look back you will see that diseases like measles for example were in the last twenty or thirty years not regarded as terribly serious diseases in this country. But it's interesting also how times change in, or in the way seriousness is regarded. You see it wasn't regarded as a serious problem thirty, forty, fifty years ago for a handful of children to die every year from measles. That was regarded as, because, compared with thirty years previous to that it was really impressive progress. I think that in modern society people would think to have a handful of children dying every year from measles was an unacceptable thing. And I quite agree that it's unacceptable.

But when people look back with rather rose-tinted spectacles and think, you know, 'Oh, well, you know, we all had a few days off school and granny looked after us, and it was great'. No doubt for the majority of children that was how it was and it wasn't so serious. But if a thousand children get measles, one or two will die from it and three or four will have more serious complications of encephalitis or pneumonia or other problems. And it's interesting in retrospect of course that children and parents only remember the ones that all got better. Doctors remember the ones that didn't. And that sticks very strongly in our memory because we remember those children that died or got serious complications. And we're still seeing some of the children that got serious complications.

For example rubella now is not taken very seriously. But I've got two patients whose mothers had the congenital rubella or got rubella in pregnancy in the 60s, and they were born with congenital rubella syndrome and are very profoundly handicapped as a result. And that's an enduring legacy. And so when you've seen those cases you become a real enthusiast for anything which will prevent them. And that's how I look at this comparison. I don't think it helps to try and scare parents into getting immunisations. On the other hand I don't think it helps to underestimate or to play down the seriousness of these conditions.

Children with lowered immune systems who cannot have live immunisations are more at risk of...

Show in context
SHOW TEXT VERSION
PRINT TRANSCRIPT
Well, I think the issue of herd immunity tends to be rather disparaged by anti-immunisation campaigners. 'Oh' they're sort of saying, 'Oh, you know, it's treating us like animals'. Well of course in terms of infectious diseases we are like animals. It's a biological problem. And if you've got a low level of immunity in the community as a whole then it creates vulnerability. And, and the particular problem that creates of course is the vulnerability to the more susceptible individuals. And children who can't receive immunisations for some reason, because they're having treatment for some malignant condition or some way their immunity is compromised and therefore they can't receive a vaccine like MMR, they're highly dependent upon the herd immunity. Because if the herd immunity drops they're much more likely to get it, I mean we've already seen in London a couple of cases of children who've got measles encephalitis, which they may not have got if the herd immunity had been maintained at a higher level. So that's a very real consideration.