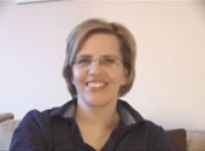 Remember the personal approach when talking to parents.

Remember the personal approach when talking to parents.

View topic summary
SHOW TEXT VERSION
PRINT TRANSCRIPT
It is very important because they should respect your worries, they should be there, they should listen and they should help you out of these worries. I ended up crying there because I actually felt like, 'They really don't care' in a way. I mean it's not  the right way to say it but they really don't, how do you say it in English? they don't want to come down to your level and understand your feelings in a way. They only have the medical information that is actually given by probably the government or the health authorities and that is it. There's no personal approach at all. I think that the personal approach is missing, because a doctor is more than just a conveyor of information from health authorities, especially a GP, because he sees you frequently, he sees your child frequently. I think the personal touch is missing, really treating you in a way that you are an individual and not just, 'Okay, I'm conveying the message I have from the health authorities and that's it. And I'm not interested in anything else you have to say'.

She felt that a documentary showing a mother whose child had died of measles was scaremongering.

She felt that a documentary showing a mother whose child had died of measles was scaremongering.

View topic summary
SHOW TEXT VERSION
PRINT TRANSCRIPT
Well, I have to say I haven't been here when the whole MMR scare come out, I didn't live in the UK then, so I've missed all that. I've only seen that programme that actually should have proved that it is safe. And obviously it was in a way done very scaremongering as well I have to say, because they showed this woman who lost her I think 14-month-old baby from measles and they showed actually the picture of the baby who was dead, and it was very scaremongering. And obviously my first instinct was, 'I'm going to go and have him vaccinated tomorrow'. But then just thinking about it again I got a little bit angry because they did it in such a, in such a way that was actually quite unfair because it, I think they did it on purpose to instigate some fear in you. I mean why would you show a child that is dead and lying there and the mum is crying over the, the dead body? I mean it, if you're a mum it's just, it's terrible, it really is, and then obviously your first instinct is, 'I need my, I need to protect my child'.

So it, I have, I have to say, I mean I didn't disagree with the whole programme, there were a few things that I actually thought, 'Yes, that, that actually makes sense'. But, yes, I think it's, you have to take it with a pinch of salt, all of it.

Objective information giving both the advantages and disadvantages of immunisation is needed.

Objective information giving both the advantages and disadvantages of immunisation is needed.

View topic summary
SHOW TEXT VERSION
PRINT TRANSCRIPT
Yes, I think objective information, I would like to see there, really objective information, not coloured in any sense, really giving both advantages and disadvantages. Statistics, as much as information is possible, statistics, both sides of information, pros and cons, really pros and cons about the MMR. But really, really objective. That, that, that I really would like to see. That, that's the only thing in my opinion that really helps parents. Anything else is unfair I think, because anything else is just scaremongering, one way or the other. Because at the end of the day, the day it's both scaremongering. You know, people say, 'No, don't do the MMR, you don't need MMR, you don't need any vaccination because vaccination is this and that'. It, it's scaremongering. And there's so much information out there that's not true.

She had difficulty getting information from her GP because her GP didn't have access to...

She had difficulty getting information from her GP because her GP didn't have access to...

View topic summary
SHOW TEXT VERSION
PRINT TRANSCRIPT
I think it was actually quite disappointing because, I mean everybody here told me, 'Oh, don't even talk to your GP. They won't even help you' and so on and so on. But I thought, 'No, I actually want to give it a try'. And I made an appointment with her and I think she's actually a quite good GP. And I thought, 'I just want to know what she says,' after I had read the book and I actually had made a decision, 'Okay, I'm going to go for the measles single jab for now'. And I went to talk to her and I actually asked her also if I can have access to the single measles jab and she said, 'No, absolutely, we don't, we can't do it.' I asked her, 'Can you order it, can I order it and you inject it?' She said, 'No, we can't do that, we're not allowed I think' she said. 'And I know there are clinics' she said, 'where you can go, but I don't know any of them.' And I asked, 'Well, don't, can't you help me at all because obviously if I go and find a clinic online how do I know that they are trustworthy?' So, but I couldn't get anything out of her.

But if you read a lot about vaccinations, which almost every parent does, I think it, what happens is that the parent knows more than the GP often. I mean I know I don't know more than her, but in that conversation I had with her I actually thought I had gathered more information than she had, which is not very reassuring. And you, I felt left alone.

I have to actually say in fairness that the GP did call me back and she gave me the same clinic that I had got from JABS. So she was actually sincere when she said she hasn't got any access. I think they really don't do that, they don't have any access, and she was trying to do her best to get me a clinic, get me the name of the clinic.

She found it useful to read a book written by an anthroposophical doctor willing to discuss both...

She found it useful to read a book written by an anthroposophical doctor willing to discuss both...

View topic summary
SHOW TEXT VERSION
PRINT TRANSCRIPT
And I have a book, it's actually called 'A Guide to Child Health' and, I'm allowed to say that? 'A Guide to Child Health'. And it's written by two German doctors and they are probably called anthroposophical doctors, more on the anthroposophical way, it's Rudolf Steiner way. So it is actually an alternative way of looking into child health. But there again they're doctors. The, she is a doctor in a Steiner school in Germany and he is a GP in Germany. In Germany it works a little bit different because a homeopath in Germany has to have a doctor's degree first and then he can specialise in homeopathy, and I think he is actually also a homeopath. So in Germany you have the possibility to get alternative information but also linked to people who really also know the normal medicine, which for me personally is very reassuring.

So I came across this book about child health. It's just a general book about everything you can imagine that can concern your child from breastfeeding, immunisations, anything, it goes up to puberty and even psychological problems you might face with your child, or your child might face. And it's really, it's got everything. It also talks about measles, the illness itself. And I like the book quite a lot because I thought what they were talking about was very down-to-earth. In a way it was, the way I was brought up, I was brought up in the countryside in Austria and it was very down-to-earth.

But the one that I really liked was very, very, he made a point of not influencing you at all. He just wanted to give you every information he had as a doctor. And at the end of the day he said, 'You have to make up your own mind'. And he wrote this book together with other doctors that are on this panel and they call themselves anthroposophical doctors in a way. So I think, I don't know if all of them are also homeopaths but they're all doctors and they all look at it a little bit in an alternative way. And I thought that book really, really good because there was lots of information. It didn't make you feel guilty if you thought, 'I want to go for the jabs' because there is a lot of reasons why you should immunise as well as there are a lot of reasons why you might not want to immunise. I don't think it's as clear-cut as everybody wants to make it out as it is. It's not. It depends on the environment, it depends where your child grows up. It depends on very, very many factors. So he really showed all the various situations and I thought that was very good.