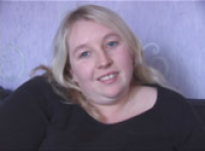 She would have liked the health visitor to take her concerns about possible reactions to MMR...

She would have liked the health visitor to take her concerns about possible reactions to MMR...

View topic summary
SHOW TEXT VERSION
PRINT TRANSCRIPT
I think I'd have liked her to have taken notice of what I'd said. I explained to her, I said, 'She had a really, really nasty reaction, her arms swelled up and she was on anti-histamines, antibiotics and everything, I'm just concerned that he's going to get it.' And she was just very dismissive, there were no, I think I would have liked to have said, 'Oh right, well I'll just go to speak to the doctor about it, maybe we can pull [my daughter's] file out and see what, you know, how she reacted and everything.' Maybe the GP should have done it, or he should have said, 'you know,' Or maybe there's a test they could have done, I just, I'd have liked them to have been more concerned because I were, you know. I mean, I still let them go ahead with it, I probably shouldn't, shouldn't have, thinking about it, I should have said, 'No, I want to speak to the GP about it.'

She was concerned that swelling which had occurred in her daughter's arm after MMR, might happen...

She was concerned that swelling which had occurred in her daughter's arm after MMR, might happen...

View topic summary
SHOW TEXT VERSION
PRINT TRANSCRIPT
She had the injection and then about ten hours later, it swelled up from about where the site of the injection were down to her elbow, that's where about three times as big as her arm. It went hard, yellow she was put on to antibiotics, antihistamines. They said it was reaction to it or it could have been some infection from the injection. Or they'd put too much vaccine in as well, that was another one, which I didn't think they could actually do that, but it was something that they said it were. And that took about a week to go, she was fine after that.

And so when my little boy needed his doing two years later, I was very reluctant to have it done and I expressed my concerns to the health visitor. But she wasn't very, I don't know, she didn't really take much notice. She just said, 'Oh well, it's something that happens, he'll be fine'. And he had the injection and it was disastrous because he ended up in hospital for three days and his arm swelled up, across his chest, his shoulder, down his hand, his hands, fingers, it was just huge. He was on IV antibiotics, plastic surgeons were involved, they didn't know whether it were infection. They were going to operate so that was a nasty time. So my views on it now have changed a lot.

Her son had an unusually strong local reaction to the second dose of the MMR vaccine, which is a...

Her son had an unusually strong local reaction to the second dose of the MMR vaccine, which is a...

View topic summary
SHOW TEXT VERSION
PRINT TRANSCRIPT
He was fine with the injection, well cried and screamed like they usually do. Everything seemed fine, came home and it was a little bit red and bit irritated and bit swollen, which they usually are. And then I'd say it were twelve hours later, well I can't remember what time he had this injection, I think he had the injection around dinnertime. So it was late at night, he was screaming so I went into his bedroom and his arm was swollen up by this time. And it was horrendous, horrible, worse, ten times worse than what my daughter's were. He was writhing about on the bed, screaming. And he said, he wanted the doctor. I mean, he doesn't like doctors, you know, he never liked them. He's been in and out of hospital with his ears and then his nose and things, because he gets nosebleeds. And just screaming, 'Get the doctor, get the doctor, get the doctor.' I mean I was in two minds whether to go to casualty with him at that time, but I left it until the next day.

Went to see the GP, she gave him some antihistamines. She said it's just a reaction, he's had. Came home, he had another night of it really bad, screaming, crying and it was just huge, his arm was just huge... couldn't move, couldn't do a thing.

The next day I had to take my daughter somewhere, my mum watched him here. I came back after about an hour and a half and he'd been laid on the kitchen floor because it's tiles, it's cold. His arm was oozing fluid from blisters. Just blistered, tight, and he was distraught. He was only four year old, he was absolutely distraught. I rang the doctor's and, I wasn't hysterical but they were, 'Well you've missed the emergency appointment time or whatever it is.' And I was, 'Well I'm going to see, I'm going straight to casualty and I'm telling them that you wouldn't speak to me, you know, you wouldn't see the doctor or any, my child or anything.' So they got me in to see the doctor again and she just wrote me a letter to say that he needs to be in hospital. So, I went to casualty and they kept him in then, which was horrible.

And he was in, how long was in there?