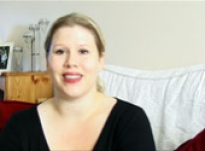 Parents need more information when changes are made to vaccines.

Parents need more information when changes are made to vaccines.

View topic summary
SHOW TEXT VERSION
EMBED CODE
PRINT TRANSCRIPT
Yes, I'd like to have been told a bit more. 'Your child' yes, absolutely, that, that, you know, 'We, we've discarded the 3-in-1. We're now bringing in a new'' I mean, I thought for example that, that she would probably have the 3-in-1, and then maybe in a few months time the 5-in-1 would be brought out for new babies. But I didn't realise that it would all be mixed. But apparently there's, there's not a problem with it. It's all been, you know, but I didn't know that at the time. And then I was sitting in the surgery with my child on my knee. 'Oh, she's having the new jab'. And I did actually think, 'Well, hang on a minute. Is she, you know? How long has it been around? A couple of weeks?' And, and she said that they'd had to discard all the old batches. And then you think, 'Okay. What's wrong with the old batches that she's just had?' [laugh] So definite, definitely more information on it, absolutely.

MMR was talked about amongst her friends but often led to a heated debate so she didn't get...

MMR was talked about amongst her friends but often led to a heated debate so she didn't get...

View topic summary
SHOW TEXT VERSION
EMBED CODE
PRINT TRANSCRIPT
I've got quite a big network of friends, we were all at antenatal together and obviously it was discussed. But it's such a topical debate, immunisations, I think I had to kind of make the decision by myself with my husband on what we were going to do. And that's what I found, it was almost like you didn't want to start a debate, especially round the MMR, because what one person does is completely different to another, and I think it can get quite heated if you do start getting into a debate about immunisations. And so my husband and I decided that we would definitely have the MMR. And it was discussed, and a lot of my friends actually had the same view as me anyway in the end and we all had our children immunised.

Immunisations are an important medical advance and parents need to immunise their children to...

Immunisations are an important medical advance and parents need to immunise their children to...

View topic summary
SHOW TEXT VERSION
EMBED CODE
PRINT TRANSCRIPT
I think they are putting their children and other people's children at risk. And it's a known fact that, that since the MMR debate mumps and measles is going up. And I can understand, I can understand people being frightened about having their children immunised because, especially if they've never had, never given children immunisation before, they, they'll be frightened about anything happening to their child afterwards. But the, the chances are very, very slim of anything happening. Yes, children can have reactions to certain injections and some people can be very poorly from it. But I think that they're putting their, yes, I think they're putting theirs and other people's children at risk from serious disease. And I think these injections are here for a reason. And it's like going back in time really. And, you know, the millions and millions and millions of children who have these injections, these immunisations every year all, all across the world, you know. So the chance of anything happening is very, very rare. But by not immunising your child, diseases are going to start going up again.

Believes the risk of the diseases far outweighs the risk from the MMR vaccine.

Believes the risk of the diseases far outweighs the risk from the MMR vaccine.

View topic summary
SHOW TEXT VERSION
EMBED CODE
PRINT TRANSCRIPT
The first time, the second time round, when I went to immunise my second daughter I kind of thought back, and I did actually speak to my health visitor about it. And they assure you that everything's fine and completely normal. And obviously we went ahead and just, and had my second daughter immunised exactly the same way. Because I would much prefer them to be fully immunised against mumps and measles and, than to have no immunisation at all, because that far outweighs the possibility of anything going wrong with an immunisation and having reactions. I mean neither of my children have reacted in any way immediately after the immunisation whatsoever. They've both been completely normal.