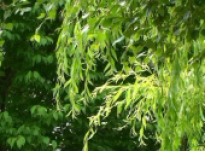 Age at interview: 64
Brief Outline: Rebeccah's older grandson was diagnosed with Asperger syndrome aged 2.
Background: Rebeccah is a retired charity consultant. She lives with her husband and has two sons and two grandchildren. Ethnicity/nationality: White British.

Rebeccah and her husband have two sons, and their older son has two boys aged 7 and 4. The older grandson was diagnosed with Asperger syndrome aged 2. While Rebeccah doesn’t see her grandchildren as much as she would like, she has a very close relationship with both of them and describes them as “a delight, an absolute delight”.
She sees her role as a grandparent is to be supportive and thinks that she “would bend over backwards” to help because she is aware of the difficulties that the family face. Rebeccah is conscious of spending time with her younger grandson and making sure he doesn’t miss out too much. She describes how her daughter-in-law does a good job of making sure her grandson gets the best support and how the family are all concerned to make sure he has the opportunities to lead a happy and successful life.
Rebeccah is well supported by a great set of friends and says that while she would have wished it to be otherwise, the most important thing is that her grandson is happy.
Rebeccah is his paternal grandmother. We also spoke to Sally his maternal grandmother (see Sally’s story).

Rebeccah started to think about the genetic component to autism after her grandson's diagnosis.

Rebeccah started to think about the genetic component to autism after her grandson's diagnosis.

View topic summary
SHOW TEXT VERSION
PRINT TRANSCRIPT
And how did you feel about the time that you found out about the diagnosis?
Initially... well obviously it was a shock. But I mean I think in a way it’s a relief by the time you find out, because, you know, you have been aware that things are different, and you can move forward, you can find out what to do. So I, I was terrible sorry. I mean terribly sorry. But I was pleased that we could move forward.
I then obviously thought well where’s it come from because it knew it had a, there was genetic component, and I could see it in, there was an occurrence in my daughter-in-law’s family, so I could see it there, and then I began to realise that in my husband’s family there’s an autistic child. And also one with ADHD or whatever it is. It’s the same spectrum isn’t it? So I realised that there were these two families that had come together. But then... it is like, you know, my grandparents were cousins. We all got short sight [laughs] and in some cases ginger hair. But we’re back to what I always say. It is as it is. You can’t change things. But I was very sorry, yes, very sad.
And I think, I’ve become more optimistic. My daughter-in-law does a jolly good job of making sure he gets the very best, you know, that’s going for him. And you know, she’s on the ball the whole time. Very much on the ball, and we are in there supporting her. So he’ll get the best possible chance in life and that’s all that anyone can ask for.
And even with that, you know, I’ve recently been to, you go to school reunions where, and there were these brilliant shining stars who end up doing quite mundane things, and there were people who were absolute terrors who did nothing who end up sort of internationally famous. So, you know, none of us know really what the world holds for us, until we’re in our, I think in our mid twenties and we begin to use the skills we have or make a decision that actually we don’t want to use those skills that they, you know, we were happy doing something different.

Rebeccah is very aware of making time for her grandson who is not on the spectrum.

Rebeccah is very aware of making time for her grandson who is not on the spectrum.

SHOW TEXT VERSION
PRINT TRANSCRIPT
Right I’m just going to ask you a little bit how you think that having a grandchild, like himself has impacted on your life?
Well initially obviously it was a great shock, and it was depressing because we didn’t know what the future held. At that point he wasn’t speaking and, you know, you were very unsure. As the years go by, it’s got easier, but there is always this concern about what the future holds. And you’re always aware too that you have to be, you have to have time for the other one because siblings are the ones that suffer in many respects. So I’m more aware, I’m, you know, saying to myself, ‘Oh I must just give him a, you know, bit more time. I must be’... I mean when I arrive, the younger one will probably open the front door and be all sort of interacting and the other one will rush up and want to tell you something about the current obsession or whatever, or the thing that happened just now, and it’s learning to say, you know, although you want to encourage, you have to say like, “Just one minute, while I finish off with…” You know, so yes, from that point of view. But I’m quite tactile, so, you know, they’re both going to get a sort of… I rub their heads, that’s what I do [laughs]. They don’t like being kissed any more. You know, it’s just, it’s constantly thinking about what’s fair isn’t it?

Rebeccah has a jolly good relationship with her grandchildren and she is hideously proud of...

Rebeccah has a jolly good relationship with her grandchildren and she is hideously proud of...

View topic summary
SHOW TEXT VERSION
PRINT TRANSCRIPT
And can you tell me about your relationships with your grandchildren in general?
Well I’d like to think that they were jolly good. I mean we’ve always been accessible and interested and available whenever required to, to help out. And obviously, hideously proud of them [laughs]. Absolutely adore them, they’re wonderful children. Absolutely. The elder one is seven, the younger one is four, that’s right, four, yes, four, yes four and a half, coming up to five. They’re a delight. An absolute delight.

View topic summary
SHOW TEXT VERSION
PRINT TRANSCRIPT
And how would you summarise your experience as a whole?
Obviously, initially totally unexpected. It wasn’t anywhere in the dreams you have when you’re told there’s a grandchild on the way. ...Unexpected turning or morphing into obviously distress for their sake and for your own children’s sake. The parents sake. But I think optimism too. It’s not over till the fat lady sings, you know, you’ve just got to be optimistic. If you lose that sense of optimism you’re no good to support the family and you’re no good for yourself, but it is a hard row, and I’m not making light of that. It’s a very hard row, because very often people with Asperger's Syndrome have other siblings with other problems too. I’ve noticed that coming up in, you know, when I’ve met people in that circumstance. So it isn’t easy, but then no one said you were getting an easy life really. I would have wished it to have been otherwise but it’s not a problem, as long as I can do what I can do and if he, as long as he’s happy basically that’s what’s important.

Rebeccah thinks that everyone is different and what is important is happiness.

Rebeccah thinks that everyone is different and what is important is happiness.

View topic summary
SHOW TEXT VERSION
PRINT TRANSCRIPT
But I don’t spend my days thinking, oh God, he’s going to be, you know, this and this. I’m still living it day by day. And saying well we’ll just have to see where we are, and I’ll be the one still going on saying he’s going to be king when he’s 35 [laughs] and an artist in the Highlands of Scotland. Because that’s what, that’s what my job is basically as a grandparent, and indeed as a parent you always have the greatest hopes for your family, and the greatest faith in their ability to achieve those hopes.
But the key is not to be worried when they don’t. It’s just that if they’re happy that’s really important. If they have a good sense of self worth that’s important too, and that’s another very important thing you know, always to be in the wrong, always not quite to get it right is not nice and I think, again one of the things I try and do is always improve his feeling of self worth. Tell him he’s clever, tell him, you know, he’s kind, or you know, there’s lots of verbal rewarding.

Rebeccah will bend over backwards to help regardless of how inconvenient it may be for her.

Rebeccah will bend over backwards to help regardless of how inconvenient it may be for her.

View topic summary
SHOW TEXT VERSION
PRINT TRANSCRIPT
And how do you think it’s affected you as a family unit?
I don’t know. Again how can you tell because you don’t know anything other? We do a lot more for our children and grandchildren, or at least for that little family, than was ever done for us. But that may be a generational thing. There’s more expectation that we should do more, and not having much done for us has made us more aware that people would like to be helped more often. So yes. I think that’s it, really. That’s what I can say about that. I’m more prone to drop, I mean probably if there were not the problem, and somebody were to ask me to do something and it was not convenient then I would be more likely to say it was not, whereas now, I would bend over backwards to do it, regardless of how inconvenient for me, and for us, should I say really. So that may be a difference, you know, you’re always aware and you’re always thinking, you do think how can I help here?
And I have been supportive, I mean, my daughter-in-law’s been involved with organisations to do with Asperger's and I’ve gone along and talked to them and got to know them and you know, in a sort of professional capacity, to see where I can be of help.
Previous Page
Next Page