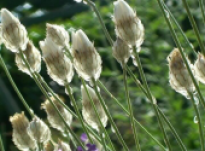 Age at interview: 70
Brief Outline: Brian and Lucy's grandson, now 16, was diagnosed with autism when he was 2 years old.
Background: Brian and Lucy are both retired. He is a former police staff driver and she a former dinner lady. They have two children and three grandchildren with a fourth on the way. Ethnicity/nationality: White British.

Brian and Lucy have three grandchildren (and a fourth grandchild due soon). Around the time that their grandson was born their daughter (the baby’s mother) was very ill and so Lucy spent a lot of time helping out with childcare. Lucy and Brian describe how their grandson was a “perfectly normal little boy” until around 13 months when they noticed concerning things about his behaviour. They describe how he would stare with a fixed expression and this caused Lucy to suspect there may be a problem. When their grandson was diagnosed with autism it was not a huge shock. They said they didn’t make a fuss and ensured they were there to support their family. They are now relieved he was diagnosed so early on in his life.
Their grandson started at a special school but had to leave after head-butting one of the carers. He is now in full-time residential care and comes home every fourth weekend to spend time with the family. Brian and Lucy firmly believe that residential care is the best place for their grandson and explain how this has benefited the whole family, including their grandson. Their grandson is now 16 years old and they describe how he is very strong and sometimes violent; this means it is difficult for their daughter to physically care for him at home. They also feel that it is important that their granddaughter is not limited by living with a brother with ASD.
Lucy and Brian emphasise that although their grandson is in full-time residential care he is not ignored and is still very much part of the family. They explain how their daughter gets very upset if he is ever forgotten and give the example of the upset that was caused when his name was once left off a Christmas card. Brian and Lucy worry about the effect having a brother with autism has on their granddaughter and so they try to compensate for this by treating her to outings and holidays. This also allows their daughter and son-in-law to have some time alone together and a break from childcare.
Brian and Lucy describe how having a grandchild with autism has not affected their lives greatly, although they sometimes feel a bit frustrated. Their grandson does not speak and they find this quite difficult and sad, and wish they could communicate verbally with him. Lucy describes finding out your grandchild has autism as ‘devastating’ but says that she learnt to accept it and advises that there are no standard rules or guidelines because each child varies. Lucy feels a sense of loss as the expectations she perhaps once had for her grandson will never be realised. However, Brian thinks it is futile to ask “what if?” because there is nothing that can be done to change anything. They both would like to see more autism research being done as they feel that not enough information is known about the condition.
We also spoke to their granddaughter about what growing up with a sibling on the spectrum was like. (See Jenni’s story)

Brian and Lucy's grandsons expression changed soon after he had the MMR vaccination.

Brian and Lucy's grandsons expression changed soon after he had the MMR vaccination.

View topic summary
SHOW TEXT VERSION
PRINT TRANSCRIPT
Brian: You know we’ve got videos of when he, when he was small you know.
Lucy: And he was perfectly normal.
Brian: Just a normal, ordinary child…
Lucy: Little boy.
Brian:…doing the, doing the things…
Lucy: Yes.
Brian' as normal children do
Lucy' And his eyes changed, didn’t they Brian?
Brian: Yeah.
Lucy' The way he looked at you?
Brian: Yeah.
What do you mean by that?
Lucy' Not, well sort of a faraway look.
Brian: it was in, in the expression, his expression changed.
Lucy: Yes. You know, when you look into somebody’s eyes that have got a problem, you know, with their brain they, they’re not, as if they’re, you know, sometimes when you stare away into the distance and go a bit out of it if you like?  That’s how he looked. That’s how his eyes were.
Brian: His expression doesn’t really change at all does it?
Lucy: No. No. It doesn’t. Except when, I mean when he smiles he’s beautiful. Yeah.

Brian and Lucy describe how they are part of their grandsons Saturday routine but he only...

Brian and Lucy describe how they are part of their grandsons Saturday routine but he only...

View topic summary
SHOW TEXT VERSION
PRINT TRANSCRIPT
Brian' Because of the way he is, and his set routine. I mean you know, that’s the main thing, is his set routine. And anything that changes that routine, this goes wrong and he just can’t cope with it.
Lucy' Hm.
Brian' When we go to see him, we’re lucky if we see him for about three or four minutes, because once we’ve said our hellos, he’s gone. He goes up to upstairs. And there he’ll stay until we leave.
Lucy' Don’t forget your bag.
Brian' We’ve even, he’ll even come down, half way down the stairs to see if we’re leaving yet because we’re not part of his immediate….
Lucy' Well we are… excuse me, but we are part of his Saturday, we always go on a Saturday afternoon. We are part of Saturday’s routine. So we arrived about three and we always have to arrive with a bag with some a ….
Brian' Presents.
Lucy' A couple of books or something wrapped up, and he sees us coming through the window and gets all excited, laughing and smiling, and sitting down and waiting and the minute the door’s opened, if we chat, like you do don’t you when you’re in the hallway. You can hear from, from the sitting room, you can hear, “Mm. Mm. Mm.” Where, you know, ‘what about me?’ Sort of thing. So we have to take the bag in. He tolerates us there while he’s opening the presents, then he goes upstairs to his bedroom. And then as Brian’s just said, after a few minutes. We stay for a cup of tea, he knows we have a cup of tea, and then he will keep coming up and down the stairs.

Brian and Lucy worried about their daughter when their grandson began to bite or scratch. He...

Brian and Lucy worried about their daughter when their grandson began to bite or scratch. He...

View topic summary
SHOW TEXT VERSION
PRINT TRANSCRIPT
Lucy' Well I suppose, no, I was going to say I suspect we used to get, we probably would have got angry with [name], but I don’t think so, because we knew he, he couldn’t stop himself from doing it. It wasn’t a deliberate, I kind of, I assumed it was just his way, just his way of telling her to stop doing it. Whatever it was she was doing. Whereas I say other children would just say wouldn’t they, “Don’t want my coat on.” “I don’t want my nappy changed.” And because he hadn’t got the words, he did it with his mouth and he used to scratch as well didn’t he? We worried for her.
Brian' Oh yeah.
Lucy' We really did.
Brian' As he was getting bigger and stronger.
Lucy' Yes.
Brian' We did worry about her.
Lucy' Yes, yes. It was... there again it seemed to be something we couldn’t do anything about so… so frustrating.

Brian and Lucy think people comment or stare at their grandson in public because they have no...

Brian and Lucy think people comment or stare at their grandson in public because they have no...

View topic summary
SHOW TEXT VERSION
PRINT TRANSCRIPT
And what did you know about autism at that time?
Lucy' Nothing really. Nothing. Just what I’d seen on that programme. I hadn’t come across anybody else with an autistic child or… It’s funny how that is, isn’t it? Something like that. You get a new car and you notice all the cars that are like yours….
Brian' [chuckles]
Lucy' … and things like that. So I suppose going back to the people that stare and everything it’s not their fault really. I mean it’s in your nature to look at something that’s happening but when people make a comment then that is different. Because you do want to say sorry you don’t know what you’re talking about.
And have you had experiences where people have commented?
Lucy' Yes. Yes. That business on the, with the train. And I think, I’m trying to think. When we were down the town one day, he was in his buggy and he was kicking out. “Can’t you stop that child from doing that?” “No, not unless we tie his legs down.” And they just walk off. They don’t, don’t apologise, say, “Oh sorry. You know, that wasn’t a fair thing to say.” And is usually people that don’t, just take in, they don’t take in the situation. They don’t, the whole thing, like I said before.
Brian' Well they don’t know.
Lucy' But they don’t look at what…
Brian' They don’t know, because they’ve had no experience of it. They don’t know.
Lucy' Well I suppose that’s true.
Brian' They don’t know.
Lucy' Yes. Because I was going to say, because I know…
Brian' You can’t say that an autistic child is autistic because he does this, this, this and this, or doesn’t do this, this. There’s, there’s no rule.
Lucy' No.
Brian' … at all.
Lucy' No I was talking more about the way…
Brian' Yeah, but ordinary people…
Lucy' … the child behaves.
Brian' … yeah but ordinary people don’t think of all the different types of autism.
Lucy' No I expect they don’t. Well it doesn’t have to be autistic. I mean there are other…
Brian' Whereas someone may say, say to them, oh this child’s autistic and he’s doing things that [name] doesn’t even do. You know, I mean and then you say well this child is autistic. Well what’s the difference between us?
Lucy' Well yes, this is why talk about the autistic spectrum isn’t it? I mean …
Brian' Well ordinary people don’t know that. We only learned about that since, you know, over the years.
Lucy' Hm, yes.
Brian' We sort of been informed about these things.

Brian and Lucy are of the old school and just get on with it.

Brian and Lucy are of the old school and just get on with it.

View topic summary
SHOW TEXT VERSION
PRINT TRANSCRIPT
And what about the support that you’ve had. Have you been offered any support as grandparents?
Brian' No.
Lucy' No. Well we haven’t looked for any …
Brian' Well no I don’t think we need it.
Lucy' … in all honesty have we?
Brian' We don’t need it.
You don’t need it?
Lucy' I don’t think so.
Why do you think you don’t need it?
Brian' We’re of the old school, you see.
Lucy' Well I suppose because we think we get on with it.
Brian' All these people say “Oh, this trauma” and they have to be counselled and all the rest of it, but they’ve never happened in our time. And it doesn’t happen now. So I’m not really bothered. No. No. I don’t think there’s anything for grandparents. I don’t think they need it. Quite honestly. All we need to do is to be able to comfort the other people. Support. We pass on our support. We don’t need support, we pass it on. We give the family support.
Lucy' Hm.
Brian' As the old stages of the family, the old folks.
Previous Page
Next Page