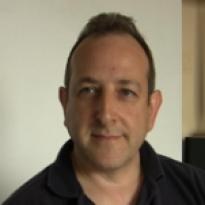 Age at interview: 47
Brief Outline: John, 47, gave up smoking when he was 44. He is White British, works on the expert patient programme, and is a carer for his partner. John started smoking as a teenager. Later, when he worked in industry, he started to smoke more. John successfully gave up three years ago when he made it his New Year’s resolution.

John was brought up in a ‘smoking household’, and describes smoking as a ‘rite of passage’. When he first started smoking he would have ‘one or two’ a couple of nights a week but he was also ‘quite keen on sports’. John can remember making a choice between a slightly ‘goodie two shoes’ group and a different crowd. He mixed with people for whom smoking was a ‘normal thing’ and feels that smoking has a lot to do with shared experience. He started working as a computer programmer in the mid 80s, and during this time he felt that nicotine calmed him down, so he started smoking more. He felt people were associated with the brand they smoked. When he then worked in industry, he found that smokers were a ‘native support group’. In the late 90s John developed back problems and he felt smoking was a welcome distraction when he was bored. He also remembers the ‘inconvenience’ of smoking as he had to clean his house when friends came around and had to have a clean shirt every day as his clothes smelt of cigarettes. Whilst he would never want to ‘persecute’ smokers, he felt that, when he had been a smoker, if it had been awkward to smoke this ‘did help’ him smoke less.

John can recall being able to smoke in cinemas and in restaurants and remembers all adverts from the 70s. At one point he started noticing that colds were ‘heavier’ and that they ‘lasted longer’. He felt that he was never going to be like the ‘wheezers’ and ‘coughers’ he saw because he was always so active. It was only when he had back problems that he started to notice the effects of smoking more. John found out that smoking constricted his blood vessels and made his muscles go into spasm, compounding his back pain. He tried going to a smoking cessation professional who gave him a nasal spray which produced an ‘awful body shock’ like having an ‘Italian espresso’. He gave that up very quickly and found there was no ‘upside [to smoking] anymore’. However, he realises that everybody comes at quitting smoking differently and what’s helped him won’t necessarily help them. John says that his partner gently persuaded him to quit. He tried some self-help books and felt ‘bored’ by them.

John gave up on New Year’s Eve and says that it was the only New Year’s resolution that he has ever kept. Now he can’t stand the smell of smoking and he has ‘flipped over to the other side’. He attended an NHS smoking cessation class as part of the tutor development programme for expert patients whilst he was still a smoker. He says that during a PowerPoint presentation a few facts stuck out, such as that there are 650 chemicals in a cigarette, and that cigarettes contain formaldehyde along with ammonia. He thinks that there is no excuse now for not knowing smoking is bad for you. John found that nicotine didn’t calm him down; in fact he now thinks it made him more stressed. The conclusion he reached was that smoking was an ‘emotional crutch’. Initially, he had a problem picturing himself as a non-smoker. John thinks that quitting wasn’t ‘as big a beast as he thought it was’. He says that the ‘final piece of the jigsaw’ was realizing that ‘you aren’t giving anything up, because it’s not giving you anything in the first place’. Occasionally he thinks about smoking, but these moments are less and less frequent. He thinks that it has to be important to you to give up smoking, and, if it is important, then you have to balance whether it’s more important to give up or to carry on. John thinks there is usually a trigger to stop smoking, but thinks you can make a trigger of your own. He tells other people that habits build up over time so they shouldn’t worry about ‘failing’. John now enjoys cooking and eating far more as he can smell and taste more.

John thought that giving up smoking had to be important to you, that you should not to be too hard on yourself when you ‘fail’. You need to prepare and invest time and energy.

And generally it’s something that’s happened. Either they’ve had a child and they’ve thought well I don’t want to smoke in the house. So that was more important, or they’ve had a health crisis. Or perhaps they’ve gone into hospital for a week or two, not been able to smoke and thought well I didn’t miss it. There’s usually a trigger, but without those kind of things people have got to make a trigger of their own. And that’s where setting a date, New Year’s Eve. Doing all the preparation which might be, I’ll buy my last two packets of cigarettes and those will last me to the end of the week, so I’ve got those in place so that’s going to be the time. Then I’m going to go down the laundrette, I’m going to do this, and I’m going to write a book, and go to the library. I’m going to each day, now I don’t smoke, I’m going to treat myself to five pounds worth of sweets, biscuits, or what have you.

So it’s either, choosing a date, and doing all the preparation as something the books recommend. Having that support in place where instead of going to the pub, you’re going to go to the cinema or a play. So you’re still going out, but you go somewhere different, or a restaurant. Having a sweetie jar where you put your money in and see it… Whatever, you know, works for you is fine.

The other thing I always say to people thinking about giving up smoking is don’t be worried about failing, don’t be worried about slipping back and thinking, oh I gave up for a week and I’ve had one, well I can’t, it obviously proves I can’t. It just means it’s difficult, you managed for a week, okay, it’s another start, but it doesn’t mean to say you’ve failed completely. It often just means you got to stop and think about it, like you weren’t prepared for that surprise or that evening out with the lads down the pub where you felt, where I had three last night down the pub. Okay don’t worry about it. But don’t beat yourself up about it. Because generally habits build up over a long time. I had thirty years of this habit. I’m not going to stop over night and feel like a changed person. I had to work at it. And, it didn’t take as long as I thought, but initially I did have to put as much effort into not smoking as I did in smoking. And I was being prepared to put in investment in time. And maybe not seeing the reward straight away.

Smoking had become more difficult when travelling or working and John became very conscious of the unpleasant smell that hung around after he smoked.

Show in context
SHOW TEXT VERSION
PRINT TRANSCRIPT
I mean the first time I found that I couldn’t do something like travel, was when I went to Scotland and Scot Rail was non-smoking anywhere and I had a three hour train journey from Glasgow to Oban and it stopped once, possibly for Fort William or somewhere, and all the smokers got off and pumped themselves full of nicotine to cope with the next hour and a half. And even then I was started to think this is a bit daft. Because you know, you’ve managed an hour and a half, you can manage another hour and a half. But you just felt it was you, you were a smoker, therefore that’s what you had to do. The whys didn’t make much sense.

And then of course you hit Scotland and all the bars in Scotland they’re all smoking like mad there. And yes, car journeys. I did a lot of driving myself, so I was the only one in the car, so it didn’t really matter. But sometimes a friend might give you a lift and say do you mind not smoking, or so much, or [laughs] have all the windows open. And you think yes, this is getting a bit awkward. So it did impact on day-to-day life.

Or if you invite someone back to your flat or house and think, I’m going to have to clean up before, and you know, I’ll have to really spring clean the place because it stinks of fags and so yes, it impacted in all sorts of way. I had to have a fresh shirt to work every day, because the other one stank and so I’d always got stuff in the wash. It just become more and more time consuming. Because I had an office job and some people did go to the smoke room, there was always a smoke room somewhere, and then you come back and sit down, and everyone around you would complain. Yes, it becomes more difficult.

So I like the shift now, but I wouldn’t want to persecute, persecute smokers at all. I think it would be most unfair. But those awkwardness’s did help. It was another part of making it more and more difficult. So I’d go outside in the cold and rain and I’d just give it a rest. So there are it is part of that building of the pressure towards me thinking really it’s just not worth it. What am I getting out of it. Because people have to question themselves. If someone tells you you’ve got to give up. Oh who are you to tell me. It’s really got to come from within, and when people get to the point where they start saying, I want to give up, but I don’t know how, right well that’s fine, you’ve got something you can work with, something you can start looking at.

John remembers enjoying a cigarette as a reward when he was rock climbing.

Show in context
SHOW TEXT VERSION
PRINT TRANSCRIPT
And there is something actually about having a cigarette on in the outdoors. If you climbed up a mountain, I’d reward myself with a cigarette. So it’s that, you sort of reward yourself for certain things, or you associate it with enjoying yourself with parties or drinking, or being out with people. And in the early nineties I did rock climbing and you get to the top of something that’s really scary, you get to the top and you thought wow, I’ve survived. I’ll have a cigarette and pat myself on the back because a lot of the old climbers did. And you wanted to be like them. The older climbers were two generations ago, and they worked in the pits or the steel mills or…

So yes, it was very much a mental picture of what a cigarette did for you, both in the way you looked and the way you felt about yourself. It sounds stupid really. But I look at old adverts from the 70s, I still find them if I dig up a magazine from the seventies, I think oh yes, Regal I remember that packet. I remember that advert. I remember that couple. Whatever it was. James Bond smoked Chesterfield [laughs]. So what? But you know...

So all the associations really were positive.
Previous Page
Next Page