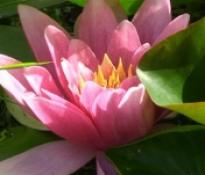 Age at interview: 30
Age at diagnosis: 20
Brief Outline: Emma has had depression since her late teens. Generally she describes having a reactive type of depression that has occurred in response to difficult life events. She feels that antidepressants have helped, but that it is important for people to learn to deal with their problems through talking therapy. She has found Cognitive Behavioral Therapy (CBT) useful in the past. Emma also takes medication for a neurological condition that was diagnosed a few years ago. Coping with the effects of this has exacerbated her depression at times.
Background: Emma lives with her parents. She is currently studying to become a photographer, and has also been working as an administrator. Ethnic background: White Irish

When Emma was a teenager she was reading a magazine article that described the symptoms of depression and she realised that she had depression. She went to the GP and was prescribed an antidepressant. As other members of her family have also experienced depression she was not surprised to be given medication, and had no qualms about taking it. She said that starting to take an antidepressant gave her a feeling of hope, and that it felt like a positive step . Initially she experienced some side effects, most notably insomnia. Emma finds it difficult to remember that time now, as seven years ago she was diagnosed with a neurological condition that affects her memory. Over the years she has had a number of depressive episodes and has tried several different antidepressants. Most of these have worked to improve her mood for a time, but after a while have become less effective. When this has happened her GP has either changed the dose, or tried her on a different antidepressant. Although Emma feels that antidepressants help to an extent, she still experiences depression whilst taking them, and thinks it’s important that as well as taking medication, that people should be offered therapy. At one time Emma had Cognitive Behaviour therapy (CBT) which she found useful to help her to think about situations in a different way. However having experienced some very difficult life events over recent times she has had found it frustrating to have had to wait a long time for an appointment to see a therapist, and feels let down, because she feels she needs to talk to someone outside of her social or family circle. Emma currently takes citalopram.

Emma was in hospital for a neurological condition, but took...

Emma was in hospital for a neurological condition, but took...

View topic summary
SHOW TEXT VERSION
PRINT TRANSCRIPT
Did you ever have to be admitted to hospital because of your condition, no?

Oh you mean the brain?

I actually had to take them in because they don’t have sertraline or the citalopram on hand.

So you had to bring your own?

And then did they manage you taking those or where you just able to carry on?

Yes I had to take them in I had to give them to them for some reason I don’t know why that is, who had to hand over all your medication.

So I used to carry them in my handbag but I don’t anymore.

Yes, that must have felt strange having somebody else take over your, something that you do every day.

Yes it’s like I’m going overdose, you know. That’s another thing I think people always assume with depression is the suicide risk. You know I think that’s.

What overdosing on the tablets do you mean or?

No I think, I think that people whenever they’ve been depressed or have depression or something that they always think that you’ve tried to kill yourself or that you want to.

I think that’s another taboo, you know.

Emma started on fluoxetine, but had difficulty sleeping...

Emma started on fluoxetine, but had difficulty sleeping...

View topic summary
SHOW TEXT VERSION
PRINT TRANSCRIPT
I couldn’t t sleep, I couldn’t sleep and I had started taking them when a, in the mornings, was it the mornings yes the fluoxetine I had to take in the mornings and I was hyper and really couldn’t settle and couldn’t relax or anything with them.

And then did you change the time of day when you took them?

Yes I took them for about six months and I had another relapse, it’s all coming back to me now and then another relapse so they changed me, don’t remember if it was fluoxetine or Lustral I was on first and they changed that to another one and the same effect... hyper and the doctor changed me to taking them at nights and as soon as I started taking them at night they just went great, they were great for years and then something else happened and put me on sertraline and that was me for years and years and years.

But then another disaster, I’m sure I can’t remember what it was now probably an overreaction of some sort and they changed me to Cipramil and I stayed on the same level but oh God what was I on and the figures I’ve given you might not be accurate but I had I had a very bad time when working was bullied and attacked and everything and end up with what I would call a breakdown and I had to come off it and they had me on citalopram.
Previous Page
Next Page