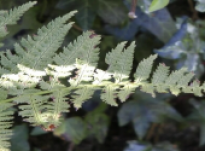 Age at interview: 34
Age at diagnosis: 32
Brief Outline: Tom's wife Sophie (Interview 42) was pregnant with their second daughter. During the pregnancy she developed a pulmonary embolism. Between three and four weeks after the birth, she had a haemorrhage, due to retained placental products.
Background: Tom is a forestry consultant. He is married (to Sophie ' Interview 42) and has two daughters.

Tom’s wife Sophie’s first pregnancy had been difficult. She had had pain which was diagnosed as a dermoid cyst, which needed to be removed in early pregnancy. She had extended morning sickness and the birth was rough. However her first daughter was born healthy. When she fell pregnant with her second daughter, she also had morning sickness. When she got to 38 weeks she noticed that her leg was swollen and painful to walk on. She was prescribed Clexane (enoxaparin), but a scan didn’t show up anything. She went past her due date and was taken in to hospital to be induced. It was a difficult labour, and her daughter had shoulder dystocia, which was very painful as she was only on gas and air. She suffered some blood loss and felt very weak.

Sophie stayed in hospital for five days. During her stay she developed a sharp pain in her shoulder. Whilst in hospital a CT scan revealed that she had a pulmonary embolism (PE) on her lung. She was already on Clexane, and was given heparin injections to administer twice a day, which were very painful, and later moved on to warfarin. She was on the Warfarin for 6 months, and 18 months on, still feels slight pain and swelling in her leg. She was discharged home to look after her newborn, toddler and husband, but felt unwell, as if she was an “air-crash survivor”. She had odd bleeding, which the midwives were watching, but it was not thought to be abnormal.
However three and a half weeks after the birth she started to bleed heavily at home and called an ambulance to take her to hospital. Once in hospital, doctors still struggled to find anything wrong with her, but kept her in for monitoring. Shortly afterwards, she had a haemorrhage (PPH), while in hospital – she lost 2 ½ litres of blood and had a general anaesthetic while they stabilised her and gave her a blood transfusion. The obstetrician said the PPH was due to a small section of retained placenta, possibly exacerbated by being on blood thinning medication. She was discharged home after a week to go home to look after her daughters, but still felt very weak and drained.
Tom and Sophie did not have family or friends nearby who could help, and felt they did not have enough support. They spoke to their GP, community health visitor and midwives, and eventually found some help one morning a week through Homestart, so that Sophie could go to the hospital for her weekly blood tests without taking the girls. But they felt very unsupported. Tom had five weeks off work in addition to his paternity leave, and felt under a great deal of stress – about six months later he had a nervous breakdown. He had some counselling privately, which he found very helpful and now feels that he is on the mend.

Tom became very anxious after his wife's emergency. About 6 months after the birth he had a...

Tom became very anxious after his wife's emergency. About 6 months after the birth he had a...

So you had, you said about five weeks off around the time that the baby was born.

Tom' Yes.
And then was it about six months afterwards you think things kind of came to a head or …?
Tom' I was getting anxious about things within the house probably four months after the birth.
And were you an anxious person before? Or was that a new…?
Tom' I have been nervous at other points previously in my life, associated with times of extreme stress. - submission of M.Sc. dissertation , being perhaps one of those examples. But the staffing changes at work in association with all the issues at home and the health issues, I think it came to a head again really.
Sophie' Well I think there’s a lot to contend. He had to say goodbye to me twice to go to theatre and that’s not an easy thing to do anyway is it? And then you were there when the babies were born and certainly the second baby was much more traumatic to deal with so…
Are those, have you talking about those in your counselling sessions? I mean is it those experiences that you’ve been working on to try to come through…?
Tom' Yes, he was a very clever counsellor, very senior. And he’s you know, he sort of went back and it was, you know, it was a case of I was….
Yes, so you were telling me about the counsellor?
Tom' Yes. And he was essentially saying, he was exploring why, what situations made me anxious and how I dealt with them and what was the reasonable way to deal with them. My job is not without risks associated with health and safety management with you know, a number of things sort of in and around that and you know, essentially he approached the situation with me and said, “Right, so what do you do? What’s the problem?” And it was a case of I was going back and double checking and treble things that didn’t really need to be checked, and you know, what was reasonable.
In that context I think it principally what he said was, “What do you do to relax? What do you do when you’re you know, at home to relax, you know.” I said, “Well I love to go cycling or running, but because I’m anxious I’m not going out and doing that, because I might see something that concerns me in the countryside, and he said, “Well the first thing is start doing that again.” If you have problems, we’ll talk around them. But let’s get that squared up first, and returning to that normal regime of actually five or six hours of outdoor exercise a week. is principally what helped me back.

Tom found the stress of his wife's pulmonary embolism and haemorrhage and what happened after led...

Tom found the stress of his wife's pulmonary embolism and haemorrhage and what happened after led...

Tom' Sure I basically after sort of emergency situation during the birth, the, one of the midwives in hospital said to me, “Are you okay?” That’s obviously quite traumatic. What do you say when you’re sat there holding a baby and you know, you just go, “Look I’m fine.” And get on with what you’re doing. And that was that really. And I think that to be honest it was probably around that Christmas time my Mum and Dad move into their house, and you know, they were just up to their eyeballs and like that created a bit of conflict to be honest, which it shouldn’t really have done. But the… I basically one way or other, had a nervous breakdown in February or March last year and I had to have three and a half weeks away from work. Yes, I was sort of very anxious about well whatever you care to mention having an imagination made it even worse.

And you know, I didn’t sort of want to, I didn’t want to leave the house or drive at one stage really. But you know, I managed to sort of slowly get on top of it. My employer didn’t help by maintaining the work contact, putting project lists in front of me, and not really listening to, okay there were heightened concerns that weren’t perhaps necessary. But when I raised work based concerns, although heightened they were dismissed without an explanation. And then around that time, February last year I took on an assistant to assist with work load which was about a year overdue. I’d been working at 150% capacity for a long time. It was too late essentially and I was now having an increase workload, having taken him on to manage it. So essentially I… after a few weeks and you know, a family holiday at Centre Parcs that didn’t go at all well.
Sophie' [laughs] No.
Tom' For one reason or another the girls got, both got chicken pox that holiday. But that is a different thing. Then I got home here and said, I called the health insurers and said, “You know…” I went and spoke to the GP actually. And he said, “This was, you’ve got a problem with OCD.” And I said, “Rubbish.” I said, “I’m stressed out.” It may be OCD but equally it could just be a very minor case of OCD that’s just blown out of all proportion because of the stress. And I maintain that’s what it was.
And but I got counseling, monthly sessions probably from April through to August on private healthcare with you know, an expert who was regionally recognised and was very good. And a very slow process of repeat visits, I mean monthly didn’t seem like an in -proportion response to what was a fairly severe absence from work, but looking back that would have been the right way to tackle it. You know, it meant a long term solution.
I think my Father helped a lot as well. And I think one way or another sort of towards the sort of the middle of that summer I was getting on track really, with help.
Previous Page
Next Page