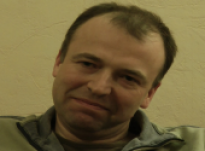 Age at interview: 41
Age at diagnosis: 37
Brief Outline: Mark and his wife (Jo - Interview21) were expecting their first child. Three weeks before her due date his wife started to bleed and they called an ambulance. Jo had a placental abruption. On arrival at hospital she had an emergency caesarian to deliver their son.
Background: Mark is a research scientist, married with two children. White British.

As this was his first child, Mark had no expectations of what labour and childbirth would be like. He and his wife (Jo - Interview21) had been to antenatal classes. When his wife started to bleed and told him to call the ambulance he followed her lead. She had started bleeding one Saturday morning three weeks before her due date. Once the ambulance arrived he followed on in the car. He remembered everything was relatively calm until they got his wife out of the ambulance and crash teams were called. He receded into the background as the emergency staff surrounded his wife to deliver the baby as soon as possible. They were later told his wife had had a placental abruption that they think was caused by rapid onset pre-eclampsia, although they were never definitively sure.

Mark described how the crash team swung into action as soon as the ambulance arrived at the...

Mark described how the crash team swung into action as soon as the ambulance arrived at the...

View topic summary
SHOW TEXT VERSION
EMBED CODE
PRINT TRANSCRIPT
And then we got there, and then all hell broke loose. And I got in first, and they told me, I went to get the lift, call the lift, and then they rushed her in, and we were upstairs in a flash into the room and as we got there, the what do I remember next? Being taken to a room and told to sit in the corner.
Then it was crash team time. The call was put out. And suddenly there were people flying into the room. I was still in this corner. I saw them pulling jewellery off and I think some, I forget what it was now, I was just told, and then I realised something was going horribly wrong.
And then I said, “Is the baby all right?” And one of the nurses turned to me and said, “Well his heart’s still being. His or her….” Not his, we didn’t know it was a he. “The baby’s heart’s still beating.” And I thought, “Oh right.”
What happened then? I just watched what was going on. I had nothing to do. I was powerless, completely powerless. But I knew that if, I knew that I couldn’t do anything, and I did have, I suppose I put my faith in that moment, into [wife]’s ability to get through it. And the crash team’s ability to deal with it.
And then she was off. And I was just told to sit there and wait. The room was emptied, there was nothing in there but a chair and whatever was fixed to the walls. So I just sat there and waited.
And then a little while later, and I don’t think it was minutes later. It must have been a few minutes later, a nurse came in, and said, “It’s a boy. And he scored 9 on the APGAR scale.” And I was like, “I’m sorry” [laughs]. I didn’t even know what an APGAR scale was. I didn’t know if that was good or bad. And she, “Don’t worry it wasn’t a ten, hardly any of them get to ten.” And so I said, “All right.” And then she disappeared.
And I sat there a little while longer and then I remember getting and walking out. It must have been an hour later, I don’t know. I lost track of time, but I thought maybe it was an hour later. I walked out and found the theatre, and I saw. As I was still outside they brought a trolley out, it was an incubator, and I looked thinking is he in there, and he wasn’t and I thought. Where the hell is this baby? And I looked through the doors and I could see you lying on the table, and something which I presume was the placenta in the tray. Still no sign of the baby.
And then I went back to the room and eventually the nurse, or midwife came back and had the baby, [son], in her arms, and she handed him over to me, and I said, “How do you hold a baby.” Because I just realised then, I’d never actually held a new born baby and I just held onto him. Got a bit emotional and then waited for them to wheel [wife] out into recovery. It must have been ages. I don’t know how long it took, but it was a while. And then I brought [son] in, and said, “Here’s [son].”
And at some point while we were there, the obstetrician I guess, came in and said that you’d given consent, you were drugged up at that point, to having the emergency caesarean. You were on a drip and having blood pumped back into you and I remember being slightly surprised at the amount of blood that had been lost as the units went in. And, there we were just with little else to do except watch and wait for things to sort of calm down I suppose.

Mark feels he is ‘a pretty strong guy’, but that other men could have been very affected by...

Mark feels he is ‘a pretty strong guy’, but that other men could have been very affected by...

View topic summary
SHOW TEXT VERSION
EMBED CODE
PRINT TRANSCRIPT
So dealing with that particular time period, what do you think could have been done differently or better?
I think someone could have explained what had happened at that point. Why we were in that situation, why there was the need for the crash team. Why she had been whipped away like that. Just to fill me in. I didn’t think so much of it at the time, because I was so wrapped up in the emotion of having a new born child in my arms. But afterwards I thought, there was space there, to actually involve me a bit more in what was going on, and it wouldn’t have taken too much effort, given that they were all ready and able to dash in and you know, eight or ten of them there, at the crash, to keep one of them behind for a few minutes, just to make sure that I wasn’t less sturdy than I was. Because I’m a pretty sturdy guy, I think, I like to think I am. So I could withstand it, but someone who was not quite as robust as me, might have really gone to pieces at that point, not knowing what was going on. You know, I just sat there and I put my faith in the service I think and thought well if anything is going to go wrong they will tell me. As long as it’s no news is good news kind of thing, well that’s what I was thinking at the time.
Previous Page
Next Page