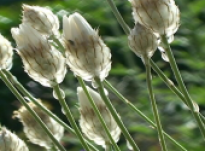 Age at interview: 41
Age at diagnosis: 40
Brief Outline: John's partner (Lisa - Interview 03) had a high-risk pregnancy. After a long labour, their baby daughter was born safely, but Lisa then haemorrhaged. Doctors were unable to stop the bleeding and had to perform an emergency hysterectomy to save her life.
Background: John, a postal worker, has one daughter with his partner. White British.

John’s partner, Lisa’s life threatening event took place 13 months before her interview, during the swine flu epidemic of 2009. Their daughter survived and is well. Lisa had high-risk pregnancy due to a condition called osteogenisis imperfect (a condition causing extremely fragile bones.) and symphysis pubis dysfunction (SPD) which causes excessive movement of the pubic symphysis causing inflammation and pain, which left her wheelchair-bound for last few weeks of her pregnancy. She developed cholestastis (build up of bile in the blood stream) and was asked to go in to hospital to be induced at 39 weeks. She arrived on a Thursday night, her labour did not progress for 3 days. When her labour did finally start, she was exhausted, in extreme pain (with no pain relief) and felt as though she had been ignored by staff for days. She asked several times both before the birth and during labour for a caesarean section, but was refused. She was finally put in stirrups and forceps were used to deliver her daughter, despite these being written on her notes as not advisable.
Lisa was given her baby, who started breastfeeding immediately, but she soon started haemmorhaging. Lisa was rushed off to theatre and went on to haemorrhage three times. John was left in the delivery suite wondering what was happening to her. Lisa woke up in intensive care (ITU) three days later. Lisa felt the care on the maternity ward was not good, and after about a week she discharged herself in the middle of the night. Lisa was wheelchair bound for a long while, did not go out of the house much and could only walk for 15 minutes at a time. John had to do a lot of the childcare until she was stronger. Her GP had been very supportive and they were both offered counseling.

John was left alone in the delivery suite after his partner was rushed off to surgery to stop her...

John was left alone in the delivery suite after his partner was rushed off to surgery to stop her...

View topic summary
SHOW TEXT VERSION
EMBED CODE
PRINT TRANSCRIPT
And then [name] went as pale as you can imagine. It was like a ghost, and I thought, what’s up with her? I said, “Are you feeling all right?” You said, “No, I’m feeling bit dizzy.” And then your head fell back a bit. I said, “What’s up with her?” Then they pushed me out the way, they done a few bits of work, and then they said, “Right get her to theatre.” So there was this massive rush, alarms going everywhere, rush, shooting off and everything and they said, “Well you stay there.” And I’m thinking, what’s going on, you know, no one was telling me.
And this is the bit I don’t like telling [name], is I was left there with blood everywhere, all over me, all over the floor, and they left me there for about three to four hours before…
About four hours. I can’t be exactly sure, but I’m sure it was about four hours and then they come back and they said, “Right [name]’s had a major bleed we didn’t have to take the womb, and you can go and see her in a minute.”
So I thought, oh God, it’s all over and done with then. So, by then they had just brought [daughter] back in to see me, and they said I could go into resus. So I went in there to see [name], and I said, “Cor, you gave us all a shock.” And we had a little chat. And suddenly it all happened again.
While you were there?
Yes, yes, I was in resus. I said, “What’s going on? She’s going the same colour as what she did?” It was just like a, this really horrible grey colour. And I said what’s going on. They said, “Oh God, she’s bleeding again, she’s bleed again.” So they took her to the other side of the room literally, to where the operating theatre was, and then that’s when I could hear [name] saying, “Look, get him out, get him out.” I thought oh God, what’s going on? So they pushed me out the door and obviously they didn’t have time, chance to say anything. So I was sort of left wandering around the hospital for another two or three hours. And then they said, “Right, we think we’ve stopped the bleeding now. Do you want to come and see her? I said, “Yes, fine, okay then.”
So when I went back to see her, suddenly they said, “Look, before you go in there, we’ve got to warn you about all these pipes, and everything.” And I went, “Yes, yes, no problem.” I’ve seen Casualty, no problem. So I walked in there for the biggest shock of my life. She had a pipe out of every single hole of her body, every hole, and then she had these like, what I call like, swimming pool airbeds all over her, which was to keep her body temperature and it was such a shock to see her. I couldn’t actually get right to her, because there were so many machines around. And that’s when I fell apart. I did fall apart then, and they put into a waiting room, to take her up to intensive care. And then they said, “Right she’s all fine now and everything. What you need to do is go and get some sleep.” So I said, “Right, okay.”
So I drove home. The second I drove home, I phoned the hospital up again, they said, “Yes, she’s fine, she’s awake and she’s feeding [daughter].” I thought oh that’s amazing. Anyway I put the phone down, put the kettle on to make a cup of tea. Phone went again. “Look [name] has just another major bleed. We don’t know what’s going. You’re going to have to phone next of kin and get here as quickly as possible, because we don’t know if she&
Previous Page
Next Page