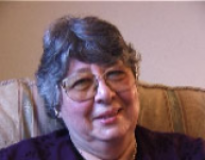 She is still struggling to regain confidence in the future.

Show in context
SHOW TEXT VERSION
PRINT TRANSCRIPT
How do you view the future now?

Positively! Yes, I, how do I view the future? I have to be positive, yes. I won't, I won't look too far ahead.

Now at the beginning of the year I'd say March, April time, [her husband] wanted to arrange a holiday and I said "No". I wouldn't look one day at a time then, let alone to several months down the line.

Now eventually I realised [husband's name] needs a holiday, we're gonna have to do something, so I said "Alright" and we went to Scotland for five days, and that was lovely. And two weeks ago I went to Skegness with my mum and dad and my sister and we had a lovely week, beautiful weather.

Now [husband's name] having a few days off in the next couple of weeks, he's still got some holiday left and he said "I might as well have a few days, what do you want to do?" He came back "Three days at Windermere" he said. "I don't want to do it, no I don't. I don't want to think holidays." I said "I'm quite happy" I said "If you want to go out then that's fine, we'll go out in the car you know and take it as it comes."

At the moment I'm tending to, not take one day at a time, not so much as I was earlier on in the year. I'm looking a bit more forward than that.

Her husband's distress over her illness expressed itself as over-protectiveness.

Show in context
SHOW TEXT VERSION
PRINT TRANSCRIPT
He was excellent but emotionally he didn't want anyone else near.

Near you or near him?

Very, I have a lot of friends you see, I belong to a church and I have a lot of friends and even while I was in hospital my daughter and my sister were having to arrange visiting when he wasn't going to be there. When he wasn't there the others could come, but not when, no, he had to be, just him. I think, again it was probably the fact that he thought he might be losing me, I don't know. But he was very, very what's the word protective.

Once we were at home, once I was at home he didn't mind people coming then and he was very pleasant and would make drinks, you know, make them feel comfortable. But when he was there no, no one else, just him.

Well I didn't realise when I was in hospital about what was going on in the background, where the visits were being arranged around, around him. Because I do, I have one very close friend and she wanted to be there all the time which of course you can't. But I did eventually realise that it was difficult, it was difficult and if anyone turned up and he was there, I would, you know it wasn't very pleasant because I knew he didn't really want them to be there, so that made it hard for me really.

She went through diagnosis and surgery without hearing the word cancer mentioned.

Show in context
SHOW TEXT VERSION
PRINT TRANSCRIPT
No one mentioned cancer, I wasn't actually given the words "You have got cancer of the bowel".

"You've got a problem, there is something there" but they didn't say "cancer". And in my mind I didn't think, I didn't think cancer, I wouldn't allow myself to go down that, that, that way of thinking.

Well, the night of the operation my visitors were there, the doctor came to me, he said "We've taken your baby away!" It was so large the growth, that it was like a football. Still no mention of cancer.

And, I came out of hospital and had an appointment to return to the hospital.

He said that they didn't know whether it, it would have gone any farther, so this then started ringing bells. If they thought that I should go on for treatment, then I would get another letter and give me a date to go.

I did get the letter, I did go and see the gentleman, very nice, chemotherapy. So obviously by this time yes, bells are ringing in my head. You don't have chemotherapy for much else apart from cancer.

But no one had mentioned it in all this time.