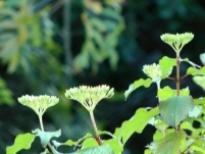 Age at interview: 18
Brief Outline: Gemma was born with a cleft lip and palate and has had treatment as a child and adult. Gemma is pursuing a career in teaching children.
Background: Gemma is single and studying for a degree in Primary Education. Gemma is White British.

Gemma is 18 years old and was born with a cleft lip and palate and she has an older sister and a twin brother. Gemma is from a creative family and she enjoys drawing and painting, and she describes herself as being an upbeat and open person.

Gemma attended a secondary school along with her sister and twin brother and her mother also worked at the school. Despite having family at school Gemma was often bullied by other pupils because of the way she looked. Once Gemma had left secondary school and started university she felt more at ease in the company of other young adults where she has experienced a greater level of awareness. However, as a young adult Gemma has been the target of bullies in her local community, but has had the confidence to challenge the bullies.

Gemma has undergone extensive treatment for cleft related issues and has always felt able to ask health professionals questions about her treatment for her cleft. Gemma has a phobia of needles and is currently being supported by a psychologist from her local cleft team to prepare herself for jaw alignment (orthognathic) surgery.

Gemma has always been well supported by her family and friends which has helped to give her the strength and determination to succeed. She is currently studying for a degree in Primary Education and works in a pre-school, and is pursuing a career in teaching children.

Since leaving school Gemma has become more confident about her appearance. She is open to people asking her about her cleft as she believes that it helps to raise awareness of the condition.

Since leaving school Gemma has become more confident about her appearance. She is open to people asking her about her cleft as she believes that it helps to raise awareness of the condition.

View topic summary
SHOW TEXT VERSION
PRINT TRANSCRIPT
It’s been really good. I mean obviously I go clubbing, as a young adult. I have been clubbing once or twice, and you do meet people that look at you a bit strangely because you look different from what, you know, normal people would look like without a cleft palate. But when you’re out people don’t really look... and think of me any different. I mean they might look at me and give me a few strange looks, but they won’t treat me any differently.

Compared to what it was like when I was at primary school, people, I’ve found older people are more accepting of it.

It’s like young children are. I think it’s that, that middle ground: there’s always that, you know, not sure of what it is. But I’ve found older, older people have actually come up to me and asked me what I’ve got and how I deal with it.

Are you open to that approach? Are you happy to be asked and?

Yeah I mean I’d rather they asked me than take the mick out of me. So if... I think, I think most of the reason why they take the mick is because they’re ignorant of it; they don’t know what it is like in my experience anyway. And once I’ve explained what I’ve got, that I’m just the same as anyone else and, you know, I just look a bit differently, they seem to accept that. And then obviously working as what I do, wanting to be in a primary school,

I have done placements in other schools and I have... had... them, other teachers even ask me questions about what I go through. And… people just seem to... I’ve found other people seem more accepting of it once they understand what it is. And they’re more adult about it by just coming up and asking me, rather than considering to what I was like at primary school and secondary school having people take the mick. I think there is that difference, the maturity there.

And on the positive side as well, I’d say I’ve got a really good support system with my family and friends, and they’ve always stuck up for me and been there to help me when I’ve struggled sometimes. And... I suppose that’s a big positive, is having the, the great support system I do.

Yeah sure. And I was just wondering if you had any strategies for other young people, anything you wanted to express or?

I mainly just am open with them, and if they have questions, like again with that young girl who had a cleft palate and hare lip, I’m just... I told her to be very open, and not to take it all to heart when people do take the mick, because most of the time it is out of ignorance: they don’t know what you have.

So... I would say to other people who have got a cleft palate and who aren’t sure what to do, I would say to just be very open and honest and not take anything to heart if people do pick on them. Because obviously, as long as you’re OK with how you look, that’s really what matters.

Gemma is set for a career in primary education and the experience has increased her self-confidence.

Gemma is set for a career in primary education and the experience has increased her self-confidence.

View topic summary
SHOW TEXT VERSION
PRINT TRANSCRIPT
But I guess again being... you know, in the occupation I am, I do have to be very open and very talkative to new people I don’t know, because we’re always going to have new parents come in to visit, to look at [school name], and new children come in. So I guess part of what’s made me very confident is working where I do, because I have had to come out of my shell, I have had to meet new people and…

OK yeah hmm so you think that’s helped you as a whole person?

Yeah, yeah I think that’s been the best thing for me that I’ve ever done really, is going there. Because it’s, it’s really helped me in, in my personality and it’s helped me grow a lot more.

And... I’ve always kind of known since I was 10 really that I wanted to work with children.

Known that was what I was going to do.

And so have you got a career kind of mapped out in front of you?

I’ve, yeah [laughs] I’ve got it mapped out, and I know what I want to do. And just, I mean knowing what I want to do has helped me as well. I’ve developed that confidence to just get out there and do what I want, sort of thing.
Previous Page
Next Page