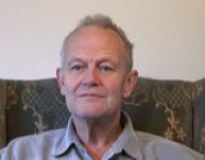 Age at interview: 68
Brief Outline: In 2005 he had a Faecal Occult Blood (FOB) test, which was abnormal, so he had a colonoscopy, during which a polyp was found. Later he had a right hemi-colectomy and the polyp, which was found to be malignant, was removed.
Background: A white English man, a lecturer, married, with 2 children.

He was screened for bowel cancer in 2000 and 2003. The Faecal Occult Blood (FOB) tests were normal. In 2005 he had another Faecal Occult blood test, which was abnormal, so he had a colonoscopy, during which a large polyp was found. This did not appear to be malignant, but the surgeon advised him to have surgery in case the base of the polyp was cancerous. In August 2005 he had a right hemi-colectomy. The polyp, which was found to be malignant, was removed. The cancer had not spread to the wall of the bowel so he did not need any chemotherapy or radiotherapy. Since then he has been having three monthly checks, and is feeling well. His next check up will be in February 2007.

The nurse gave him detailed information and appeared to show genuine concern. He didn't want to...

The nurse gave him detailed information and appeared to show genuine concern. He didn't want to...

View topic summary
SHOW TEXT VERSION
EMBED CODE
PRINT TRANSCRIPT
Yes, I went, went into the hospital, went into a waiting room, there were not many people there, I think there was one person only in front of me. So that waiting process was a very quick process, part of the efficiency of this pilot scheme. I sat with the nurse, and I was shown diagrams of the bowel, I was shown pictures of polyps and things in the bowel, and the whole process of investigation of the bowel was described. It was defined to me which was the large intestine, I knew, I knew there was a large intestine, and a small intestine, but this was, you know everything was defined and shown. The level of concern was, was very real, it was a very, very sympathetic introduction to this sort of information. There was, as I've said before, I felt that it was the sort of advice that would be given to a close relative with a sensitivity that would be shown to a close relative. There was no conveyor belt feeling about the process at all. It was very personalised. I was told what the colonoscopy would involve, I was then told what would be inserted into my back passage, and what could happen surgically there. And that it was a surgical procedure. I was told that I would be not; it would be done without anaesthetic, but with a tranquiliser, and that I wouldn't remember anything about it afterwards. And I was also told about risks involved, such as a risk of penetration of the bowel by the instruments that were placed there. There was a risk, and I was given it as a percentage, you know as a one in so many parts risk, and it was, for me, it seemed a very small risk.

You decided then to go ahead.

I would, I would've, no, I would've preferred not to know the risks, but.

But, yeah I think I would yes. I personally would, because I just, you know its not my, what happens inside, in the course of that investigation, what happens, I don't see it as my business. It's the, you know, it's the business of the, of the surgeon that is performing the operation. And I personally am able to disassociate myself from it like that.

But presumably you could have decided at that point you didn't want to have a colonoscopy?

So wasn't it important to know the risks? At that stage?

It was, it was, it was realistic. But you know, I'm just explaining my own state of mind. Which, I'm a pretty sort of casual person I'm afraid. You know, for better or for worse, I've always been a bit casual about things like that.

So are you telling me you prefer to trust the doctors' decision?

He was fully informed, went into hospital for a pre-operation check, and was very impressed...

He was fully informed, went into hospital for a pre-operation check, and was very impressed...

View topic summary
SHOW TEXT VERSION
EMBED CODE
PRINT TRANSCRIPT
I had been fully informed about the operation, the procedure, was told that half the large intestine would be taken away, shown diagrammatically what part would be removed, and how the jointing would be, would be made, had been told again a list of risks, so I had a full knowledge of the risks involved. And being of, a person of my generation, I was, I don't take any of that into consideration, I'm just happy to put my hands in, put myself into the hands of the medical team and take their advice.

The next day, the next morning which was the Saturday, after visiting on the Friday, at breakfast time, the post plopped through the letter box and I opened the, the medical letter that had come, the letter from the hospital. And it said that I had to go for a pre-op visit to the hospital on the following Thursday. And the operation would be on the week beginning the first of August. And I was expecting; they were hoping that it would be Tuesday of that week. So I was totally, you know, amazed at that, and was very, very impressed by the response that had been made to my particular need [surgery before term started in October]. And I went in for, for that pre-operation check, and met various members of the team, including the anaesthetist.

I had a very comprehensive package of information, became even more impressed with the, the pilot scheme and the, the team that were behind it as I met person after person involved with that. And eventually went into, on that first week of August, went into hospital. Before going in I had to go through a regime of no food for the prescribed time, and before the operation I needed to have an enema, and these processes had already occurred at the, the surgical investigation [the colonoscopy] so I was getting a bit blas' about these by now.

He thought the nurses were 'wonderful'. They worked hard under difficult conditions.

He thought the nurses were 'wonderful'. They worked hard under difficult conditions.

View topic summary
SHOW TEXT VERSION
EMBED CODE
PRINT TRANSCRIPT
The nurses were wonderful, I was very happy with the nurses, and very happy with the routine of the hospital. It always fascinates me to see the shift changes, the cover that is provided, the, the way the meals are served, the way the cleaners come in at particular times. And the general activity of a hospital. 'I'm also impressed by the, you know by the'problems that nurses have. I'm thinking of a couple of problems that happened there that needed a lot of patience and a lot of, a lot of kindness from the nurses, which they received. But I'm also aware of the fact that they were working and, you know, a pretty tough regime, and the, occasionally they couldn't get to people as quickly as they would have liked to have done. But we're getting political with that, and you know, I was happy, personally I'm happy.

Was it clean? Was the cleaning okay?

I was, I was happy, I had, I had no problems with the cleanliness of the hospital.

Suggests that it is better to act sooner rather than later and that if he hadn't been screened...

Suggests that it is better to act sooner rather than later and that if he hadn't been screened...

View topic summary
SHOW TEXT VERSION
EMBED CODE
PRINT TRANSCRIPT
And have you got any message for other people? Who might be wondering whether or not to take part in the screening for bowel cancer?

Well my message is, you must, you know it is better to act sooner, rather than later, in, you know everybody is aware of that. And, if you're able to be screened, take that opportunity. I'm so grateful that I did, because if I hadn't, if it hadn't have been done then, if they hadn't have picked it up in those early days, then I'd have had terrible consequences now.