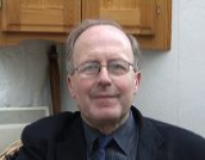 Age at interview: 65
Brief Outline: Invited to be screened for bowel cancer in 2006, when aged 65. The result of the Faecal Occult Blood (FOB) test was abnormal so he had a colonoscopy. Nothing abnormal was found.
Background: A white English man, a retired soldier, married, with 2 grown up sons.

He was invited to be screened for bowel cancer in 2006, when aged 65. The result of the faecal occult blood test was abnormal and so he was asked to repeat it. This second test was also abnormal so he was offered a colonoscopy. Nothing abnormal was found during the colonoscopy.

The information leaflet convinced him that screening was worth doing.

The information leaflet convinced him that screening was worth doing.

View topic summary
SHOW TEXT VERSION
EMBED CODE
PRINT TRANSCRIPT
What do you think was the deciding factor [to take part in screening], had you read about it in the press at all?

No not at all I just, I felt that I, I felt, I mean I know cancer is a killer and it would be better if I had cancer to discover it early and from the literature it was quite clear that if it was picked up early you had a very good chance of survival. I felt better to do something about it rather than to do nothing about it.

Did you read the information booklet that came with the letter?

Yes sure I did yes.

And what did you make of all that?

Well I found it a bit repetitive but I was quite clear what it meant and what I, what the advantages and disadvantages were. Like everything the unknown; it was enough to convince me it was worth doing and therefore I went ahead with it.

He had confidence in the NHS, and he had doctors in the family, so he knew that if a problem were...

He had confidence in the NHS, and he had doctors in the family, so he knew that if a problem were...

View topic summary
SHOW TEXT VERSION
EMBED CODE
PRINT TRANSCRIPT
Yes I think on reflection about the whole process I'm a lucky guy because I've got a medical son and a medical wife and I have a cocoon round me so if something had transpired it would have been quickly dealt with. I'm confident, I'm very confident of the treatment of the NHS system which I think is brilliant, and part of it, well I'm part, and I feel therefore I had no hesitation accepting something like a screening for the bowel, because I knew it would be good and would work. If I'd been on my own perhaps as guy, a single guy it might not have been quite the same. Telephones, yes, there are lots of help lines and all the rest of it but if your family are around you it's much easier to talk to them and feel that you've got their support if anything goes wrong.

He thought his abnormal FOB test result might be due to piles (haemorrhoids) bleeding from his...

He thought his abnormal FOB test result might be due to piles (haemorrhoids) bleeding from his...

View topic summary
SHOW TEXT VERSION
EMBED CODE
PRINT TRANSCRIPT
But I wasn't really too fussed about it [the result], I mean I was thinking not so much for the reasons for the abnormality, I was looking at a 'cop out'. I mean I have this very quick bowel system, so I felt I was pretty well that it wasn't going to be anything very, very serious. It could have been a polyp.

I didn't understand polyps until the nurse explained when I went for the physical examination.

So when you had the result coming back abnormal.

What was your feeling about that?

The nurse emphasised the advantages of having a colonoscopy, but he felt he had a choice and...

The nurse emphasised the advantages of having a colonoscopy, but he felt he had a choice and...

View topic summary
SHOW TEXT VERSION
EMBED CODE
PRINT TRANSCRIPT
And then you say that you were invited to go down to speak to the nurses.

Can you just go over what happened when you went to talk to the nurses?

Yes, when I went to talk to the nurses they explained again why the screening had to be done, it was all explained to me again why it was being done and then they explained to me that if I wanted to I could now have the colon, I can't pronounce the word, colonoscopy, I could have a colonoscopy, the scoping or I could even, I could leave it at that, I needn't go any further forward. They explained you know that they could; if I did have cancer it would be good to stop it. They gave me the advantages of having it done, they didn't give me very many disadvantages to me frankly. I was intrigued by the system, how it was done and I suppose being enquiring I felt that you know let's have it done.

So you did feel that you were given the option of not having a colonoscopy?

Oh yes I could have easily copped out then and said no I don't want it.

He was 'hugely impressed' by the specialist screening practitioners. All the members of the team...

He was 'hugely impressed' by the specialist screening practitioners. All the members of the team...

Well I'm hugely impressed. I think that the whole team and you know without mentioning names I think they're excellent. I think they were, they were helpful, kind, easy to talk to and very efficient. I was in very, I mean being an ex-solider one goes for efficiency and you know the whole thing was prepared properly, the actual execution was good and the recovery was good, I congratulate the team. I don't think I can complain in any way, and the way I was greeted and looked after and I felt it wasn't a chore, they were doing it and they were all interested in what was going on, I was hugely impressed.

That's very good. Do you have any unanswered questions about it all?

Not at all [laughs].

And do you have any message for other people?

Ah I think the message is that if it's on offer and this is what they've decided please do it because at the end of the day if you, if you an prevent yourself getting bowel cancer you're actually taking the strain off the NHS aren't you really because that's one less done. If you get bowel cancer then it's a much longer treatment, it must be, therefore it's much more, it's a call on resources isn't it. If you can, a simple test like that which ready, was very, very as I say very quick and efficient, you've, I prevented that haven't I and we've saved the nation money. I mean that's my view.