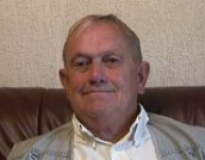 Age at interview: 65
Brief Outline: Invited for screening in 2006, aged 64. The result of the Faecal Occult Blood (FOB) test was unclear so he repeated the test, which was abnormal. He had a colonoscopy, and a non-malignant polyp was removed.
Background: A white British man, who worked in financial services (retired), married with 2 children.

He was invited for screening in 2006, when aged 64. The result of the Faecal Occult Blood test was unclear so he repeated the test, which was abnormal. He had to repeat the test a third time. This was also abnormal, so he had a colonoscopy. During the colonoscopy a small polyp was removed. This was sent for biopsy and was found to be non-malignant (non-cancerous).

He prefers the term check-up.

He prefers the term check-up.

View topic summary
SHOW TEXT VERSION
EMBED CODE
PRINT TRANSCRIPT
When people are invited for screening for bowel cancer what do you think they think is meant by that?

I think people think there is a, there is, possibly that there is already cancer there or you know I think screening is a very, very technical term and I would think easier is to say having a check up to ensure that there isn't any problems and you know, sooner than screening, putting it in normal term, terminology, that screening perhaps is a bit too disastrous really. I think it would better if it just said check-up to ensure there isn't any bowel problems.

He smeared two samples of a stool onto the test card on three different occasions.

He smeared two samples of a stool onto the test card on three different occasions.

View topic summary
SHOW TEXT VERSION
EMBED CODE
PRINT TRANSCRIPT
On the first day I sat on the toilet and as soon as I passed my bowel [motion] I wiped myself with a piece of toilet paper, took some of my stool, scraped with the scraper that was provided and had to dab it on that first screen. And then at the end of my bowel motion I took a second sample and placed it on that one. And then for the next two days after I had to do exactly the same again until I'd finished the third and then I had to make sure it was clicked under, put it back into the, the aluminium type envelope and post it back free of charge.

Was surprised to read about the symptoms of bowel cancer in the leaflet.

Was surprised to read about the symptoms of bowel cancer in the leaflet.

View topic summary
SHOW TEXT VERSION
EMBED CODE
PRINT TRANSCRIPT
Yes I read the information sheet and to my surprise the most common symptoms of bowel cancer to look for are a persistent change in bowel habits, especially going to the toilet more often or diarrhoea for several weeks. Second, the bleeding the back passage without any obvious reason, then the third, abdominal pain especially if it is severe and also then the fourth there could be a lump in your abdomen. All these symptoms do not necessarily mean that you have got bowel cancer but if you have any more than one of these symptoms of four to six weeks you should go and see your GP.

The letter of invitation shocked him because he was not used to preventive health care.

The letter of invitation shocked him because he was not used to preventive health care.

View topic summary
SHOW TEXT VERSION
EMBED CODE
PRINT TRANSCRIPT
In the early part of June 2006 I received a letter through the post and was quite shocked really because it was for bowel cancer screening. And, but I read through the booklets and although I didn't really want to go through with it I decided I would do the self testing kit, which I'd checked and read about how I'd got to do it. And I sent the testing away, back to the, it was a stamped envelope to return it.

You said that your initial reaction when you got the letter inviting you to be screened was one of shock.

Yes it was yes because very, very rarely do you get preventative, you know, medicine like this sort of thing. I'd never, although I've had a lot of illnesses I'd never had anything to check previously to test to see if there was anything wrong. You just rely normally on falling ill and waiting to see your GP and then being referred to a hospital but this was something new to me.

His past experience of prostate cancer convinced him that it is best to diagnose cancer in the...

His past experience of prostate cancer convinced him that it is best to diagnose cancer in the...

View topic summary
SHOW TEXT VERSION
EMBED CODE
PRINT TRANSCRIPT
What do you actually understand by the test, what are they looking for do you understand?

Well I think it's looking for the early stages of cancer and I mean just by finding a growth doesn't automatically mean it is cancer, it could be a polyp or other things. And I think it is really a wonderful thing that if there is any signs of cancer and you can catch it in the early stages, I've always been a big believer it's better to catch it early than leave it too late.

Well because I think I'm almost certain I had prostate cancer for a lot longer than when it was diagnosed. And that was only by pure luck that I'd been rushed into hospital over some other matter that they did a blood test on me and found out my PSA was very high. And so you know I think really it would have been better if I had been tested sooner.

So did that affect your decision to take part do you think?

Yes I think it did make a big decision because I've always been a person who believes in preventive measures before you know letting things get too bad.

He felt 'fed up' when he had to repeat the test but thought that since he had started the...

He felt 'fed up' when he had to repeat the test but thought that since he had started the...

View topic summary
SHOW TEXT VERSION
EMBED CODE
PRINT TRANSCRIPT
Yes so then you got a letter through the post saying that the first test was a little bit abnormal, is that correct?

That's correct, inconclusive, they couldn't really say one way or another.

And what were your feelings when you got that result?

I thought it was a bit of a nuisance but realised it, you know could happen and I was immediately sent a second testing kit which I carried out straight away again.

And what was the result of that one?

That was, they did say it was positive, but then they needed a third test with the first one being inconclusive and so I carried on and did the third test.

And what were your feelings at that stage?

Well a bit fed up of you know.

But I thought you've started something you've got to finish it and it's no good going halfway and then calling it off.

He was not to eat or drink anything on the morning of the colonoscopy, during which a polyp was...

He was not to eat or drink anything on the morning of the colonoscopy, during which a polyp was...

View topic summary
SHOW TEXT VERSION
EMBED CODE
PRINT TRANSCRIPT
So I went to, then they made me an appointment to go in for my colonoscopy which again I was made very, very settled and welcome when I arrived very early in the morning at the hospital. They prepared me and made sure that I couldn't have any, I was told I'd not got to have anything to eat or drink on the morning. And they, it went quite, quite well actually, I was most surprised that there was a television screen and I could see it even happening and watching what was happening and which really, reassured me a lot. But then the specialist did say there was a slight, a slight blip on my bowel in one position and I could see the little thing like a lasso go round and nip it off. He told me it would be sent away for analysis, lo and behold within days I received a letter to say that it was non-malignant. And I have since have a back up, from, from the specialist to say that he didn't think I would need another test now for at least two years.

The nurses rang him two days after his colonoscopy to see if he was in 'good shape'. He...

The nurses rang him two days after his colonoscopy to see if he was in 'good shape'. He...

View topic summary
SHOW TEXT VERSION
EMBED CODE
PRINT TRANSCRIPT
Did you have any side effects of the colonoscopy?

No funnily enough I didn't at all and I was quite surprised when the nurses rang me two days after to ask me was I you know in good shape after having it. And no I don't remember any bad feelings or ill feelings or anything.

Did you have any bleeding at all?

No, no I didn't no funnily enough I, I was expecting to be very sore round my back passage but I wasn't.

You wanted to say something else?

Yes just one thing the nurses who test you and advise you that you need to go for a colonoscopy are very, very pleasant and they're very knowledgeable. They don't hide anything and they tell you exactly what is going to happen to you and I was so shocked when they rang me up after the colonoscopy to ask if I was okay, which is something I've never experienced before. And I think it's very nice that people are caring and do follow you up.