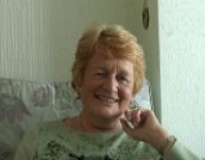 Age at interview: 70
Brief Outline: Invited to be screened for bowel cancer in 2002 and 2005, when aged 65 and 69. The results of the Faecal Occult Blood (FOB) tests were normal.
Background: A white British woman, a retired admin. clerk, a widow with 3 children.

In the 1970s she had bowel problems and was diagnosed with diverticulitis. This was cured with medication and changes to her diet. She was invited to be screened for bowel cancer in 2002 and 2005, when aged 65 and 69. The results of both the Faecal Occult Blood (FOB) tests were normal.

She decided to screened because she believes in other forms of screening and thinks that ...

Show in context
SHOW TEXT VERSION
PRINT TRANSCRIPT
Looking back what were the factors that most affected your decision to take part?

Well I'm a great believer in testing, in breast screening, any sort of screening that they do I am a great believer because I think prevention is better than cure and that if they keep an eye on things that if it's going to save you getting the illness, and the smear test, I do think that people should just take advantage of all the things that are available because if you've experienced any sort of major illness you would realise that it's far better to do, have the inconvenience of a few minutes than suffer the illness if they can prevent it.

The first time she tried to do the Faecal Occult Blood test it was a disaster, but next time...

Show in context
SHOW TEXT VERSION
PRINT TRANSCRIPT
So I was a little bit apprehensive about the whole thing, didn't quite like the idea of it, but then I thought about the friends that I'd had that had had bowel cancer and it hadn't been diagnosed till much too late and I thought, 'No, this is a good idea, I should do it.' So with much trepidation, I may add, I tried for the first test and must admit that the first day that I tried it was a complete disaster because I didn't know the amount of faeces that they wanted and being as it was just such a small amount on the test paper. But the second day I had another go and it was quite successful. I had the rubber gloves to hand and just thought, 'This is, this is a good cause, I should be doing this,' even though I was sort of a bit turning my nose up a little bit. But eventually I managed to get the three and sent them away and was absolutely delighted when I did get the results through the post.

When you set out to do the testing did you make a plan beforehand or did you just sort of go into it without thinking too much about it?

Well I made what I thought was a plan, although it misfired on the first day because I didn't have my little table at the side, well actually it was a stool, I didn't have that at the side of me, and I didn't have everything to hand. And as I turned round to take the stuff off the cistern it just fell back in the pan and I had to start from scratch again. But after that I had it well planned, thought about it before I did it.

The letter with the list of symptoms influenced her and made her look at her motions more carefully.

Show in context
SHOW TEXT VERSION
PRINT TRANSCRIPT
And the letter that came saying that everything was normal, I think in that letter it gives you again the symptoms of bowel cancer, what you should look out for.

Does that letter affect how you now look at your faeces?

It did, it did, it said to keep an eye on things, make sure you don't get constipated or you don't get diarrhoea, if it's, if there's any blood in it, if it looks a bit black to go to your doctor.

So do you think those instructions with the letter influenced you?

I do think they're good, I do yes.

She thinks she is lucky to have been able to take part in screening.

Show in context
SHOW TEXT VERSION
PRINT TRANSCRIPT
So what's your general view of the national screening service, having been invited twice for screening now?

I'm very happy with it. It's one of those things that it's not very pleasant to do but the outcome is well worth it, and I think we're very lucky to be able to have it.